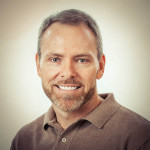 I met with a pastor of a large and influential church with the hopes of engaging him in a church planting movement for our city. Over lunch, his observation about church planters surprised me, “I find that most church planters are characterized by two things: arrogance and impatience.”

He quickly added, “And I guess I should not be surprised at that. Who else believes that he can gather disinterested people, lead them to a new life in Christ and help them embrace a mission to change the world with little or no physical resources?”

I think the second comment was his way of trying to diffuse some of the tension in the room. After all, I am a church planter—you know, arrogant and impatient. But he was right about church planters, and that is deadly.

The future of church planting requires a commitment to weed out arrogance and impatience in the men who plant churches. A church might get started with an arrogant and impatient leader, but it will not grow healthy with such a leader.

In the church planting movement, we must address arrogance and impatience with thorough assessment, training, and coaching. It’s a slower process, but it’s better.

Even moderately discerning people can feel it instantly, but it’s one thing to detect arrogance and another thing to call it out. It’s a bit like telling someone they have bad breath and then presuming to know the cure. That’s why church-planting movements must prepare to identify and communicate uncomfortable truths to men being assessed as potential church planters. Assessors have to say hard things like, “You seem to struggle with arrogance.”

But what if the potential church planter is only slightly arrogant, his breath not that bad until you get close? Assessors look out for warning signs: candidates who tend to make unilateral decisions, have poor learning practices, or take undo risks based on a hunch. This kind of arrogance can leave upstart churches with weak, compliant lemmings instead of healthy leaders.

Assessors must be just as ruthless in detecting impatience, too. It’s a character flaw that most often surfaces in anger, insecurity, or a critical spirit. They’ll ask about how a man expresses his anger and if he tends to be hypercritical in evaluating others. If he is married, his wife might speak of his angst about the lost and his passion for God’s glory, but assessors will push to see if this is a hint that the man is immature and impatient.

Sometimes potential church planters feel like the assessors are picking at scabs, but their thoroughness serves the couple, the possible church plant, and God’s Kingdom. They help preserve the vital movement of new churches being planted and becoming healthy enough to multiply. Overall, stronger assessments take more time, but they create stronger church planters and healthier churches.

Training and Coaching the Right Way

Training for church planters forces eager pastors to develop patience because it’s so time-intensive. It also calls for men to humble themselves to learn from others. In the Acts 29 region I serve, church planters must undergo a year-long residency program. As a part of a collaborative group of church planting residencies in Houston, our church trained nine church planters in our first two years.

We focus on theology, preaching skills, leadership development, missional thinking and contextualization. The collaboration allows newer churches to train church planters with the help of older, more established churches. In the program, men move from a classroom or seminar to the real-life experiences in local churches. Again, it’s not a faster way, but it’s a better way.

A young man who might be ready to start a church needs training and coaching to become a pastor who can establish a reproducing church. Starting a church and establishing a church are two different skill sets; the church planter needs both. He needs to have the skills that gather people and provide a shared vision that leads to launching a new work. But he also needs the skills to lead the church to be self-sustaining, self-governing, self-propagating, and self-theologizing. Those are the characteristics of an established church. When new churches become established churches, they contribute to a multiplying movement.

Looking to the Right Measures of Success

The network I serve, Acts 29, has a robust process for potential church planters. Only 6 in 10 make it through the initial assessment to candidate status. Another 20 percent do not make it through candidacy to full membership. Over the last seven years, Acts 29 has about 98 percent church viability rate for full members (around 2 percent short of our goal).

As a movement, church planting must look to the growth of its established churches, not the number of churches it has started, as a gauge of success. Movements like ours begin with speed, but they are sustained with health. The metrics showing the number of church planters trained and new churches planted fall flat if these churches don’t grow beyond their launch day to the place of multiplication.

When groups simply count the number of churches started, the message becomes, We are strong; we started tons of churches. But focusing only on church starts calls for a less-qualified leader and might draw that “arrogant and impatient” crowd. Groups that value establishing churches keep score differently. They measure if the church survives and multiplies.

I understand why the pastor who characterized church planters as “arrogant and impatient” chose a means other than church planting as the primary way to impact his city with the gospel. But I am hopeful that as our movement matures and multiplies, attitudes toward church planters will change and more established churches will engage in church planting.

Based on my interaction with church planting groups, I am convinced that those involved in the church-planting movement are taking the necessary steps to qualify and equip church planters more effectively than ever before. Hopefully that means the days are numbered for the “arrogant and impatient” church planter.