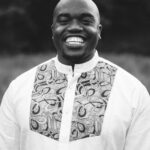 As a young boy growing up in Zimbabwe, I never would have imagined I’d grow into a man who’s a pastor in America. That boy couldn’t have envisioned I’d be facing the challenges of leading a Pennsylvania church in 2020, wondering—along with many other planters and pastors—how to endure this season.

Constant fighting among believers, relentless criticism of pastors, and the many responsibilities added to our roles this year has been difficult. Every day I become more aware of brothers who have resigned, or who are suffering with physical and mental ailments. Many church planters are asking, Will my church last? Will I be able to endure?

I’ve been steeped in the works of Athanasius, the fourth-century African bishop whose resiliency amid a life of controversy is an example to us all. Athanasius spent almost 50 years battling Arianism. As a result, he was exiled five times from his church, making him absent for more than a third of his term as bishop. While every exile surely felt like a ministry setback, he endured, leaving a legacy of faithfulness at every turn.

As a Ndebele man who has been told through our proverbs, “Ask for the way from those who have gone before you,” it has been an honor to glean from Athanasius. Like my grandfather used to hold my hand as we walked, I’ve felt the firm hands of this church father who has become my companion on this journey.

I’m learning three lessons from Athanasius I believe are essential for church planters today: ministry resiliency is energized by valuing the Scriptures, disciple-making, and community.

During his many banishments, Athanasius learned that though exiled from Alexandria, he was never exiled from God. He concentrated on the daily discipline of Scripture meditation. Athanasius’s deep reverence for Scripture can be observed in his early exegetical works, On the Incarnation and Against the Gentiles. As he battled heresy threatening the church, he didn’t solely rely on his exegetical skills or wisdom to defeat his opponents, but on God’s Word.

Athanasius was a fourth-century African bishop whose resiliency amid a life of controversy is an example to us all.

The Psalms found a special place in Athanasius’s heart. He believed the Psalms were a wonderful diagnostic and pedagogical tool. He wrote, “They teach us to recognize the inner movements of our own souls, these words become like a mirror to the person singing them.” The Psalms were his prayer book through turbulent ministry.

This busy Bishop of Alexandria unwaveringly prioritized communion with God through the Scriptures, meditation, and prayer. Planters, may this also be our priority so that we may, like Paul, toil with God’s strength (Col. 1:29). And if we think we can labor in other ways, may we hear Athanasius’s advice that, apart from Christ, we can do nothing (John 15:5), but those who know their God will do mighty exploits (Dan. 11:32).

In his ever-turbulent ministry, Athanasius could’ve been absorbed in self-preservation, but he chose to engage in making disciples at the peak of Christian persecution. Athanasius would challenge us today the same way he did Marcellinus (a deacon in his church) when under threat: “Do not desert your post as if you were forgotten by God, but call upon the Lord.” Our post today remains the same—to make disciples.

We also learn from Athanasius how to make disciples in times of crisis. When exiled from his church and unable to preach, Athanasius effectively used the media of his day such that one biographer said, “He could valiantly do battle with his pen.” Every word he wrote was received by his followers with eagerness and by his opponents with trembling.

Even when Athanasius couldn’t meet with his church, he found ways to communicate his message of hope and perseverance in Christ to his anxious people. Athanasius’s example inspires us to remain vigilant in the mission to make disciples during tough times.

History heralds Athanasius as a great leader, but critical to his story are the many believers who surrounded and supported him, especially the monks. He found a brotherhood not only deeply devoted to his fight for orthodoxy, but also sincerely attached to him personally. The monks demonstrated the power of community in suffering through neighborliness and hospitality, especially when many bishops abandoned Athanasius for fear of sharing his fate.

Let us be men and women who value God’s Word, his commission to make disciples of all nations, and his desire for us to do this work in community with other believers.

Athanasius was as great as the community that sustained him. He wasn’t alone in the battle. He had people that kept going when he couldn’t, and this strengthened him to endure in every trial. This is still true for us today.

As we struggle to not only survive, but to thrive in ministry in 2020, let us look, like Athanasius, to the perfect resilience of Christ. Let us be men and women who value God’s Word, his commission to make disciples of all nations, and his desire for us to do this work in community with other believers. May Christ be glorified through what we value in challenging times, and may his church be resilient.

Raphael serves as the lead pastor of City Church in Williamsport, Pennsylvania. He was born and raised in Bulawayo, Zimbabwe and is pursuing a PhD in Ministry at Midwestern Baptist Theological Seminary. Raphael is married to Heidi, and they have three sons, Judah, Cooper, Liam, and two daughters, Ellie and Aliyah.