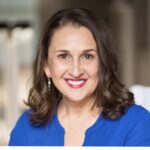 Christy Britton is the content creator and editor for Acts 29. She’s a member of Imago Dei Church in Raleigh, North Carolina, and serves as the discipleship classes coordinator. She’s married to Stephen, and they’re raising four boys together. You can follow her on Twitter.