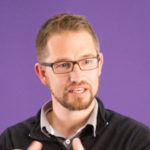 Related Posts
Springs in the Desert for Many Nations Amy Tyson Why Should We Assess Church Planters? Matthew Spriggs Gospel Reflections on Brexit (2) | “Plus ça change, plus c’est la même chose” Philip Moore
US Office: