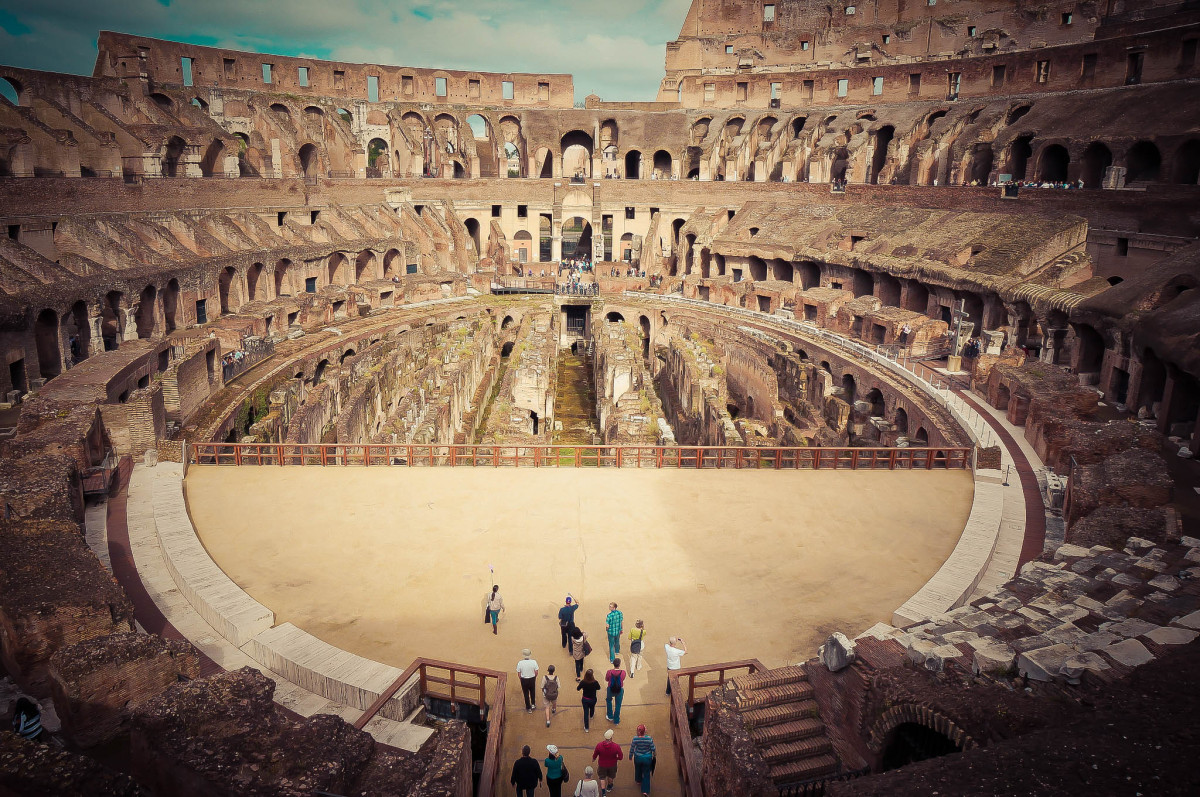 But Jesus called them to him and said, “You know that the rulers of the Gentiles lord it over them, and their great ones exercise authority over them. It shall not be so among you. But whoever would be great among you must be your servant…” Matthew 20:25-26

Italia is in the news quite a bit these days from the papal resignation to the sorting of the political system where an angry, non-elected comedian may set the tone and agenda of the country over the next couple years. Oh, but he has no agenda. In fact, he ran other people for office on “no agenda”. It’s comical + sad = bizarre.

These are symbolic of the leadership problems that the church is also facing throughout Southern Europe (and in many cases, around the Western world). Putting it succinctly, there is an abnormal dearth of servant eldership in Italia to both guide existing churches and plant new ones. We have our work cut out for us. I believe a great cause of the abnormal dearth is the Roman ideal and model of leadership imported and imposed upon the life of the church itself.

Now, please stay with me because I’m striving to write something for everyone utilizing an Italian cultural example…

Italian culture is quite autocratic and oligarchical. From birth, a young man will face a daunting and complex, top-down system where he will always be “under the thumb” of somebody else. Let’s call our young man, Mesto (not a common Italian name, but it gets our point across). Mesto will encounter that pressure in family structures and then when he goes to school. If he happens to be a slow or creative or mechanical learner, he is in for quite a challenge because the system itself will not reward but often penalize him. As a young man when Mesto engages society, he will quickly find out that there is a pecking-order in just about every sector he encounters. It won’t take long for our young man to learn “courtesy” as a means to accomplish something. In other words, it is not that the men have a deep admiration and high regard for the postal employee at the service desk when they use such soaring, caring, formal, and flowery language to get a parcel processed. No, the simple fact is the worker holds the authority in that moment — and knows it. Oh si, there is raw power at work at the post office! Now add that to the supermarket, the bank, the traffic policeman (oh my, watch out for the guys in uniforms and robes!), the mechanic, and even the repairman and you have a society that has made an art-form of grabbing power from each other.

Let’s give our developing Mesto a job (almost an anomaly in the current market). He has studied into his mid-late twenties through intensive university training, so let’s put him on a factory assembly line (which often happens in countries with severe brain-drain and unfriendly business start-up policies). His boss is a demi-god whose major objective is to dramatize Dante’s Inferno upon the workers that he can’t sack (fire), so he’d like to “help them leave voluntarily.” How gracious! Now add in the scandalous political system, the Roman Catholic system of heavy-handed priests and nuns and traditions, and let’s not forget the crushing tax code. At the end of it all, our young Mesto is not lining-up (queuing) to wave the Italian flag and sing the national anthem. He is now middle-aged and very proud of himself for what little control he has retained and how his life has some semblance of order that he has managed. And he looks stylish, too! Ma che bello che sei – Mesto.

Now add him to the church and ask, “Would you be a leader?” What do you think he might say and do? For many, the answer is, “No grazie!” And we can understand why! And for some, the answer has been, “OK, now it’s my turn! …” and the churches have really suffered for it. And for a few, the answer is, “If The Lord will use me.” And these men have faced daunting expectations by the people they lead because their mindset has been cultivated as distinctly Roman.

We Need an Answer Here

Imperial, Caesar-centric, consolidated power has been the Roman-road for almost three millennia. But Jesus says, “I will build my church.” Jesus is also known as Immanuel – the with-us-God. In his church, the model is the inverse of the Roman system. God holds all the authority himself, Jesus is the chief officer, and he is in the midst of his people. Therefore, the eldership of a ministry is Cristocentric and servant-driven through service to the community. Godly character matters far more than ability and power maneuvering.

We need to present an entirely new model of ecclesiology in southern Europe, but we recognize that we have to live it to present it. The radical church of Jesus will have leaders in it that do the bowing to wash the feet, not ones that expect the bowing to kiss theirs. Hey look, I’m not just picking on Italy but anywhere that has a system of man-driven, servantless, and prayerless leadership — like such places that seem to be trying to model their churches after Apple, Google, or a sports franchise. It’s still clunky and Cretan no matter what culture you develop it in.

When church leaders in succeeding generations neglected the servant leadership paradigm which Jesus demonstrated, they began to model their leadership styles after the autocratic political and/or business systems of their societies. Leaders became increasingly turf-protective, seeking to preserve and extend the aegis of their dominion. Sects within the church became more and more elitist and parochial. Increasingly, the church became a quasi-political organism, and leaders competed for political and economic power. Monarchial bishops asssumed control over the church in geographic areas. Finally, the bishop of Rome sought to establish his primacy over the entire church, an effort that culminated in the establishment of the papacy, producing subsequent abuses of power and precipitating the East-West schism. Christianity became Christendom.   [John Garr, Our Lost Legacy, p. 192]

Toward a More Biblical Paradigm

Understanding that the Roman leadership paradigm is pervasive and has been the ‘moda di opera’ for centuries, there is work to be done on a more word-centered, communal, & organic approach. Here are just a few that I think we should be concentrating on to close this post (and I have a number of others as well):

I recognize that there are many more “contrasting” principles that I could list here. I also recognize that a lurch toward a “guess-who’s-the-leader-today” system is also counter-productive. There will need to be familiar forms, but the difference is that they will need to be filled with faithful passion and led by gospel-centered men. We have a Roman leadership problem. I think, however, we can show our men how distinctive, counter-cultural, liberating, and joyful that ministry in the radical church of Jesus can be.

Pray with us about this, will you? 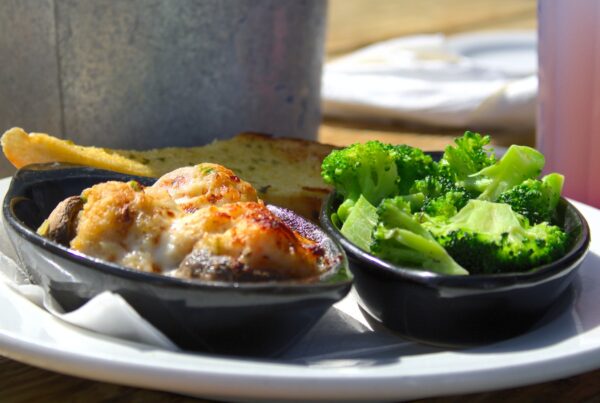 Beware of Side Dish Christianity 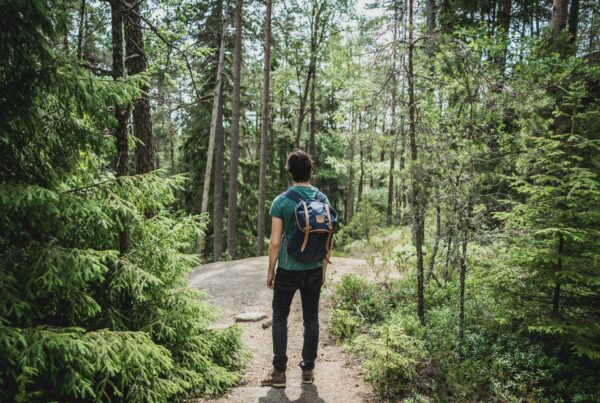 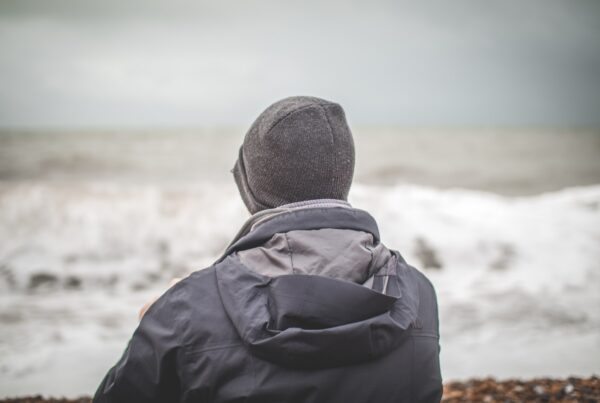