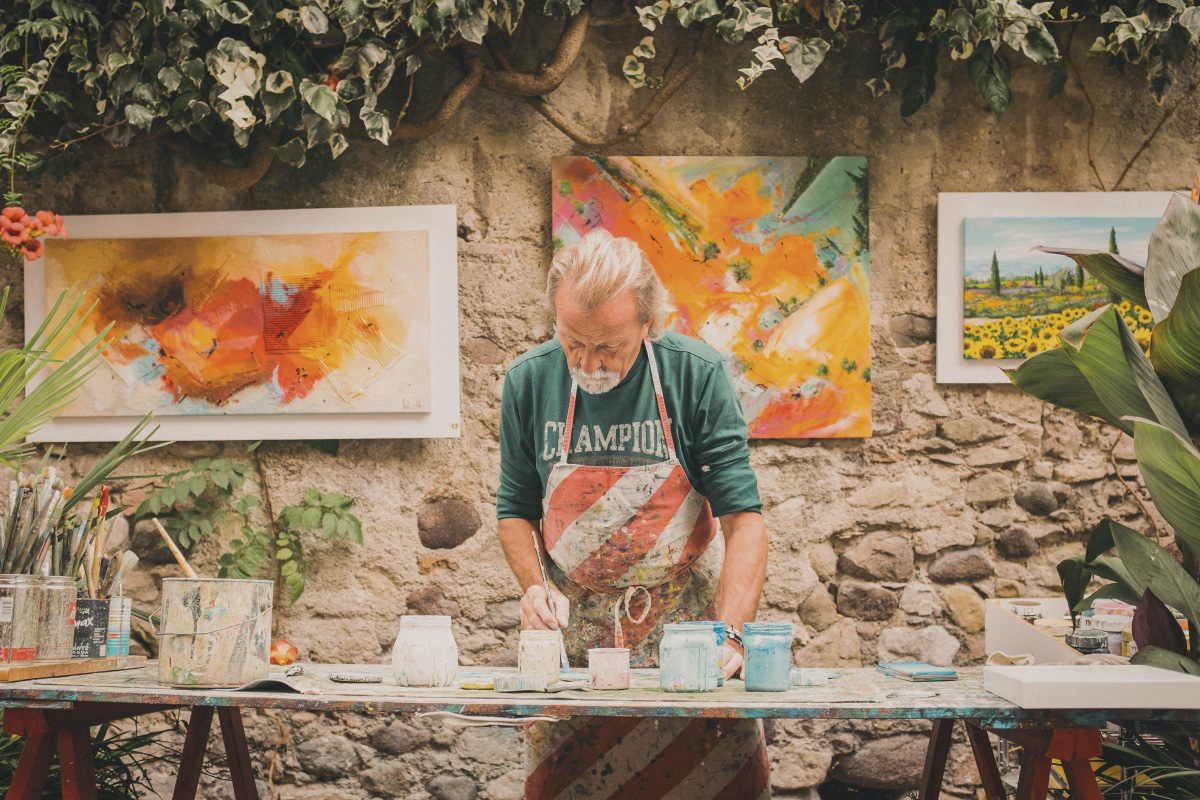 I had a brief stint as the manager of a Christian bookstore. One day, as I spoke with a customer about our music selection (while comparing Christian artists to their secular counterparts), it dawned on me that much of what we were selling wasn’t good. The issue was the derivative quality of the content. Many artists weren’t focused on creating good music; instead they sought to emulate the style of a certain secular artist.

The rest of the day, I noticed myself and associates making statements like, “If you like Youtube, you will love Godtube,” or, “If you like Stephen King, then you will feel right at home reading Frank Peretti’s latest novel.” It was jarring. I was suddenly confronted with the harsh reality that Christians spend far too much time consuming secular culture or cheap Christian subcultures instead of producing good culture. We parrot the culture around us. We look like they do and sound like they do, but we claim there’s something about us that makes everything different: Jesus. But where’s the difference?

As I entered into pastoral ministry, I started to see more and more evidence of this trend. It wasn’t good. So I soon began to wonder how we could preach a gospel that redeems the world while failing to produce good culture. Christians seem to approach culture in one of two ways: to hide from the prevailing culture or to crank out rip-offs of the prevailing culture (you know, by slapping a Jesus fish on it).

Early christians were not subcultural, but countercultural. Their culture was not derivative, but truly creative.

In journeying through church history, I began to see that the first Christians were not subcultural; they were countercultural. Their culture was not derivative, but truly creative. They produced good culture that influenced the larger culture.

The first Christians did not abandon cultural engagement. However, upon coming to faith in Jesus, they viewed themselves as citizens of another kingdom with allegiance to another king. The first believers continued to consider themselves an outpost of this otherworldly kingdom that would one day replace every kingdom of the world. By producing good culture that reflected a respect for human dignity, care for the poor, and reverence for God, these Christians were countercultural and culturally creative people.

Today’s secular culture is greatly influenced by an early Christian’s book, The City of God. In it Augustine addresses the principal Roman views of politics, philosophy, theology, and culture. He praises what is good and in accordance with Scripture. For instance, he highlights Plato’s three-fold division of philosophy as reflecting God’s truth. He also criticizes the predominant culture and art forms of the day. He argues, for example, that Rome has endured because of God’s will, not because of the Roman pantheon. Finally, Augustine explains God’s final judgment by comparing the worldly city with the heavenly city. Even so, The City of God is one of the foundational pillars for an increasingly worldly Western culture because it established the foundations upon which our way of life would be built.

Abraham Kuyper (1837–1920), one of the most influential Christian theologians, reinvigorated the notion that we ought to redeem culture and produce culture. Kuyper drew heavily on Calvin’s insistence that Jesus is sovereign over all things and that the entire world is the theater of God. He did this as a pastor, who led his church and his nation as a culture-maker. Kuyper insisted that believers ought to seek the good of those around them by living out their distinctly Christian values in every vocation and arena of life. Being a Christian is not somehow incidental to who we are, it is essential.

Human beings are to mirror their Creator, who brought order from chaos.

Kuyper sought to generate good culture through writing books, through political action, and through educating Christians. In his estimation of Kuyper’s legacy, Bruce Ashford highlights how we can imitate Kuyper’s example: We may not found a university, “but we can shape our children’s education toward Christ;”1 we may never run for president, “but we can vote and interact politically in a way that honors Christ.” Kuyper believed that the church, specifically pastors, ought to lead in producing positive, persuasive, Christ-honoring culture that benefits society as a whole. Scripture tells us that God ordained human beings to exercise dominion over all creation (Gen. 1:26). Human beings are to mirror their Creator, who brought order from chaos (Gen. 1:2). For Kuyper, this mandate necessitates education that reflects a Christian worldview and political action grounded in biblical ethics. Many Christians in the West have ignored this mandate.

Evangelicals in the West have largely failed to engage, reform, and create culture. Francis Schaeffer predicted that the results of our negligence would be disastrous. He warned that the pursuit of personal peace and prosperity, unchecked by the Christian love of God and neighbor, would lead to economic woes, increased violence, terrorist actions, threats to natural resources and the environment, and eventually the insistence that all people submit to the moral values of the dominant culture.2 The church has indeed remained in the bunkers for far too long. We must not assume that the church will be somehow insulated from the consequences of cultural collapse or reformation.

Throughout history, the most culturally influential Christians have been pastors: Augustine, John Calvin, Martin Luther, Abraham Kuyper, and Francis Schaeffer (to name only a few). Pastors are critical for progress in redeeming and producing culture. It is imperative that we understand the culture around us, lead efforts in cultural renewal, and cultivate the desires of those in our charge to create culture.

Pastors must be cultural exegetes.

Pastors must learn, explain, and respond to the prevailing culture in order to cast a vision for reforming it.

It is our duty to understand the culture and its values. It amazes me that we easily recognize this responsibility for missionaries, but fail to emphasize this in the ministry of a pastor. Missionaries are trained to thoroughly understand the society in which they are ministering and they are expected to continue to grow in this knowledge. We send out missionaries, knowing that they will dedicate much of their time to learning a foreign culture and language. This burden is no less applicable for pastors. In many ways, the culture in which Christians find themselves today is both familiar and foreign. Like Augustine, we pastors must learn, explain, and respond to the prevailing culture in order to cast a vision for reforming it.

Pastors must be culture makers.

A century ago, pastors were recognized writers, artists, and societal experts. When people sought to understand a particular political philosophy or the underlying message of a specific piece of artwork, they knew they could look to their pastors. Pastors both provided exegesis of the culture and intentionally led in producing culture. Today, we are increasingly maligned by caricatures that make it seem as if all of us—believers and especially pastors—are the modern equivalent of Boss Hogg from the Dukes of Hazzard. Change this perception by changing your actions. Read widely and deeply, write clearly, and speak with educated authority on matters pertaining to culture.

Pastors must be cultural visionaries.

Present a compelling vision to your congregation articulating the necessity of Christians producing Christian art. You must encourage your congregants to use their God-given artistic talents to produce culture—painting, photography, music, writing, and social media—that reflects a biblical worldview. For decades, the church has failed to encourage artistic expression. As a result, many of the thoughtful expressions of artistry in our society have reflected an unbiblical worldview. This doesn’t mean that we only paint pictures of Bible stories, or that we only make movies about some kind of emotional conversion to faith in Jesus. Instead, we must produce good art because our biblical worldview uniquely allows us to celebrate beauty. Further, we can demonstrate our ability for meaningful, uplifting, artistic expression grounded in the fact that we are created in the image of an artistic God. Because we bear the image of God, we naturally desire to reflect (in a finite way) his artistry.

We must view church plants as outposts of a coming kingdom that serve to install the culture of Christ’s kingdom.

Before you ever plant a church you must imbibe a conviction to eschew bunker Christianity and embrace frontline cultural engagement. Church plants cannot be safe havens from the world around us where we insulate ourselves from the fallen creation. Instead, we must view church plants as outposts of a coming kingdom that serve to install, increasingly, the culture of Christ’s kingdom. We don’t hide from the world because we are announcing the victory and coming of a better King and a better kingdom. Churches live out this reality by redeeming broken culture and creating good culture. As your core team gathers, cast a vision for creating culture that reflects the kingdom and blesses the world around you.

So, you’ve been at it a while and you realize that you aren’t building culture, you’re building bunkers. Now what? First, consume resources that will help you better understand a Christian approach to redeeming and creating culture: Bruce Ashford’s Every Square Inch, Walter Strickland and Benjamin Quinn’s Every Waking Moment, and Every Good Thing by David Jones. Second, cast a vision for what your city would look like if a culture of the kingdom began to invade your schools, recreational sports leagues, city government, local businesses, and community events. Third, incrementally push your church to be a people in the city and for the city. You can do this last step by celebrating, in worship gatherings, ways in which the gospel is transforming the culture of your city by either redeeming broken culture or producing kingdom culture through your people.

Christians, churches, and pastors need not be purveyors of knockoffs and cheap subcultures. We are a people of a better kingdom, with a better culture, under a better King. May we live like it as we plant outposts of his kingdom. 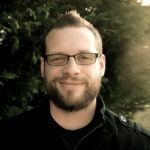 Dayton Hartman is lead pastor at Redeemer Church in Rocky Mount, North Carolina. He serves as an adjunct professor of church history for Southeastern Baptist Theological Seminary. He attended Liberty University, where he earned an MA in Global Apologetics, and he holds a PhD in Church and Dogma History from North-West University.