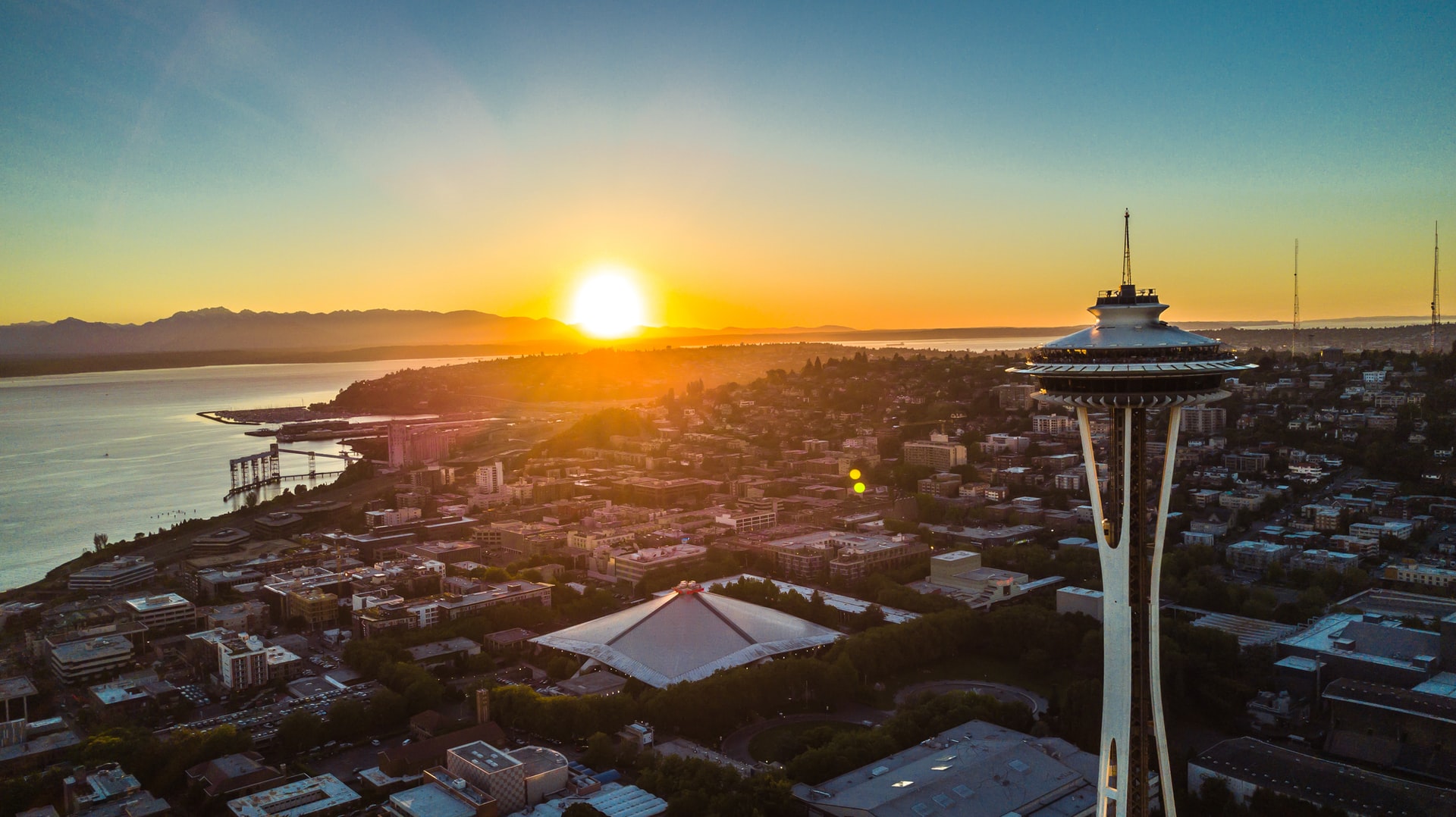 American cities made worldwide news during the summer of 2020. Thousands of people angry about racial injustice protested lawfully, but others responded to sin with sin. In Seattle, hundreds of people took to violence—forming a mob and hurling abuse at police officers.

One of these officers was Acts 29 pastor, Noah Winningham. As a bi-vocational pastor, Noah works as a cop and serves as lead pastor of Sufficient Grace Church, a new church plant for the South Hill of Puyallup, Washington. Noah regularly prays for himself and his church to embrace God’s call even when that means sacrifice. And the Lord has vividly worked out that reality in his life.

As a young Bible-degree graduate with only nine months in full-time ministry, Noah was sent out to plant a church with no core team and surrounded by unsaved neighbors. It didn’t go well. Eventually, the sending organization issued an ultimatum: without quick results, they would no longer support the plant. Shortly after that, they cut the Winningham’s funding and sold the house they were living in.

Exhausted, hurt, and with no idea what to do next, the Winninghams visited a nearby Acts 29 church, Soma Spokane. One of the elders invited the Winninghams (near-strangers) to live in their home’s basement apartment. The Winninghams accepted. “I went through a really unhealthy place of being angry with God,” Noah said. All Noah and his wife, Cherish, were sure about was that they would never be in ministry again.

Restoration and a New Path

Over the next two years, Noah learned he’d been trying to justify himself through his ministry efforts. When they failed, he felt worthless. When he struggled to find a decent job, he felt inadequate as a husband and father. “Every identity piece I had was ripped away from me,” Noah said. “We went through two years of building back a foundation of right identity based on a better understanding of the gospel.”

“It got to the point where we decided we wanted to keep living—we didn’t want to waste time,” Noah said. They were settled into church, serving God again as faithful church members, when the Seattle police department offered Noah a job. The Winninghams wrestled with the decision (it meant a big move) but took the job, moved to the Seattle area, and began attending the only Acts 29 church nearby—a brand-new plant called Gospel Life Church. Noah felt drawn to church planting but knew God was using him in the police department. Eventually, he realized he was equipped for and called to do both. Condividi il Tweet

“All the things in my heart that liked ministry started to come alive again,” Noah said. After a couple of years, he became a lay elder. When Gospel Life realized they needed to multiply, Noah felt drawn to church planting but knew God was using him in the police department. Eventually, he realized he was equipped for and called to do both. Noah and Cherish decided Noah should undertake bi-vocational church planting while continuing as a police officer in Seattle.

“We Can’t Fight Sin with Sin”

They gathered a team and planned to launch in the autumn of 2020 when Covid-19 hit. Then, on May 29, Noah was working the night shift as a bicycle cop in Seattle’s downtown precinct when hundreds of people gathered to protest the murder of George Floyd. It quickly turned violent.

The following two months were brutal. Noah said, “I got pretty beat up. I ended up having close to eight bulging discs, and my right knee is messed up; I got hit by a car on my bike when a lady tried to run me over.” The rioters threw improvised explosives, used tennis racquets to hit batteries at police, launched rocks and concrete with three-person slingshots, and hit the officers’ wrists and hands with frozen water bottles while they rode their bikes, causing them to crash.

There was verbal abuse, too. Rioters called the officers “racists” and shouted things like, “I hope you die; you should take your gun and shoot yourself; you don’t deserve to live.” Noah said, “I stood there for hours and hours every day, with people two feet away just screaming all this stuff.” But his perspective as a believer and pastor helped him navigate a dark situation and point his church to Christ. “We can’t fight sin with sin,” Noah said. “We have to respond with Jesus.” The gospel answers our hatred and injustice, our violence and anarchy, and our fear and misplaced identity with the final Word: Jesus. Condividi il Tweet

Sufficient Grace Church officially launched in December 2020. Despite planting during a pandemic, about 100 people are connected in gospel communities and Sunday attendance averages about 75. In a culture that looks for purpose in comfort and status, Noah longs to see believers in Puyallup captured by the gospel and unbelievers coming to faith. “People want to be connected to a bigger story—I just think they’re picking a garbage story,” Noah said. “I want to see people get captivated by a story that matters: the gospel.”

The gospel answers our hatred and injustice, our violence and anarchy, and our fear and misplaced identity with the final Word: Jesus. In him, we are forgiven. In him, we are transformed into people who do justice, love kindness, and walk humbly with our God (Micah 6:8). His sacrifice compels us to live sacrificially for others.

God has led Noah and Cherish through dark times. But through it all, they’ve tasted the Lord’s sustaining faithfulness. Noah wants to dedicate his life to the glorious, cosmic story of God’s love to sinners in Christ—the one true story that shatters sin’s darkness with life-giving light. 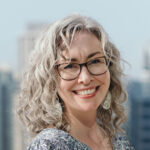 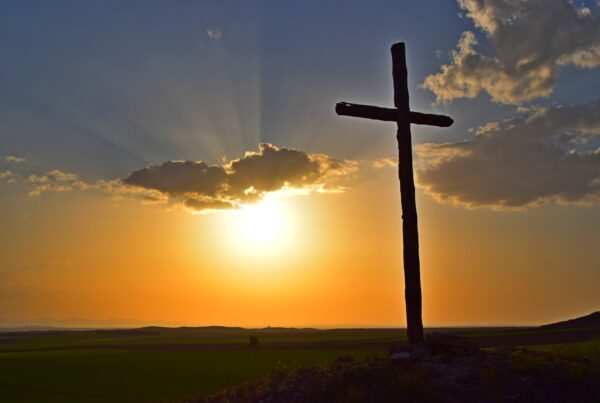 Jack of All Trades, Master of One 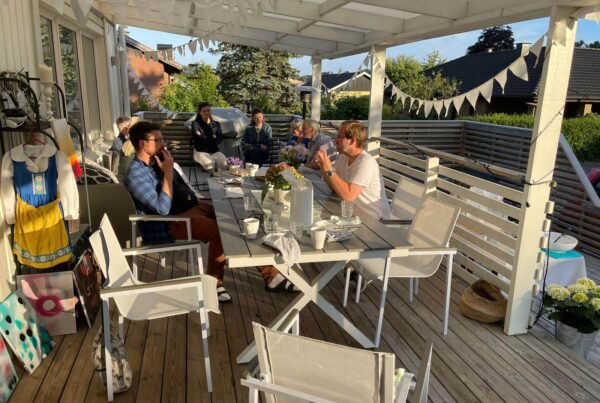 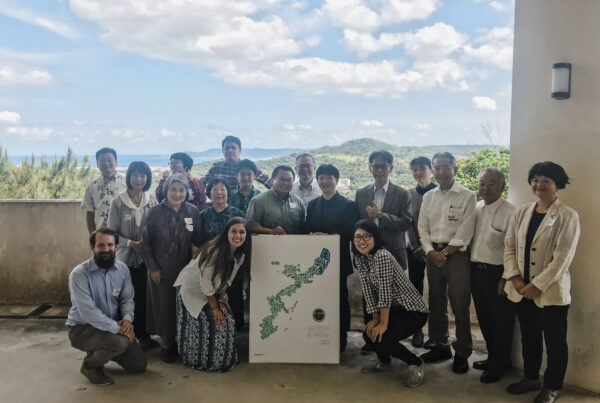