Main Menu
Close
Where We Work
Close
← Back
Psalm 12: The Church Isn’t Supposed to be Okay 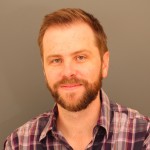 Take the time to read the entirety of Psalm 12:1-8 and then come back and read the following verse.

Save, O Lord, for the godly one is gone;
for the faithful have vanished from among the children of man.
– Psalm 12:1

There has been a definite theme and consistent tone to the Psalms that we have studied so far. They have been laments — songs about unhappiness, despair, dissatisfaction with the world, and sometimes even with the way God works in it.

Psalm 12 continues the theme, and so if you were waiting for the series to get a little happier, you are going to need to wait a little longer. But they will pick up, I promise.

What I love about Psalm 12 is that it isn’t individualistic. It is supposed to be what theologians call a community lament. It is a song that people like to sing together. Unfortunately it isn’t a very happy song. This isn’t a pop tune.

Now I love that this sort of expression exists in Scripture, because I am a generation “X-er” who grew up with grunge music as the community songs of privileged and yet disgruntled youth. The screams and wails of Nirvana, Pearl Jam, Soundgarden and The Stone Temple Pilots shaped my young experience, and gave voice to much of what I was feeling. They sang of the fact that the world wasn’t alright. Their response was to disconnect from it and see who could be the most miserable, but when they looked at the world, they knew that it was in trouble. I still have days when these bands are all I want to listen to, even though the albums are over twenty years old now.

The people of God are supposed to cry out against injustice, corruption, wickedness and deceit.

As I page through Scripture, I can’t help thinking that we aren’t as dissatisfied with the state of the world as we should be. Don’t get me wrong, the Bible calls for us to live at peace as far as we can and to be content with what we have — but the people of God are supposed to be people who aren’t okay with the trajectory of the world. We are supposed to cry out against injustice, corruption, wickedness and deceit. We are also supposed to point to the other way of the Kingdom of Heaven. Why have we become so ‘okay’ with all we see around us? I am not proposing that we join the cultural isolationists, shouting and throwing stones at popular politics. I mean we are supposed to be a different kind of people providing an alternative to the big machine of popular thinking. There is another way to live. There is God’s way.

I came across a great quote from one of the commentators on this Psalm. He said:

Consider our markets, our fairs, our private contracts and bargains, our shops, our cellars, our weights, our measures, our promises, our protestations, our politic tricks and villanous Machiavelism, our enhancing of the prices of all commodities, and tell, whether the twelfth Psalm may not as fitly be applied to our times as to the days of the man of God; in which the feigning, and lying, and facing, and guile, and subtlety of men provoked the psalmist to cry out, “Help, Lord; for there is not a godly man left: for the faithful are failed from among the children of men: they speak deceitfully every one with his neighbour, flattering with their lips, and speak with a double heart, which have said, With our tongue we will prevail; our lips are our own; who is Lord over us?” — R. Wolcombe.

It may surprise you to know that he wrote that in 1612.

Will you join him and David and us in a new kind of song? A song in which we, as a people, declare that the current way isn’t okay, but that there is another way. And will we be the people who live that way? Look at your sphere of influence and ask God to help you live more justly, kindly and graciously where you are, as an act of rebellion against the status quo.

Things fall apart; the centre cannot hold;
Mere anarchy is loosed upon the world,
The blood-dimmed tide is loosed, and everywhere
The ceremony of innocence is drowned;
The best lack all conviction, while the worst
Are full of passionate intensity.

The Irish poet, W.B. Yeats, wrote this poem in 1919, just after the second world war and just before the start of the troubled history between Ireland and England. This poem, ‘The Second Coming’ reveals a man aghast at the state of the world he in which he lived.

We point to the one true man who was so disfigured for us so that we could be restored to his likeness.

My guess is that as church-planters, this sense of things falling apart, of desperate need, is part of your motivation for planting a church. Reading Psalm 12 reverses the last two lines of the Yeats quote: we have solid convictions; we are full of passionate intensity. And the aim is to safeguard and promote the image of God in man, rather than destroy it. And so we point to the one true man who was so disfigured for us so that we could be restored to his likeness.

Father God, forgive us for being people who are often too comfortable in and with the world as it is. Remind us afresh of the call that you give us to be people of the Kingdom. We are meant to be the godly that the Psalmist was searching for. Equip us to be those types of people.