Main Menu
Close
Networks
Close
← Back
Psalm 16: Being Content with Your Lot 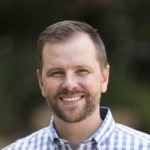