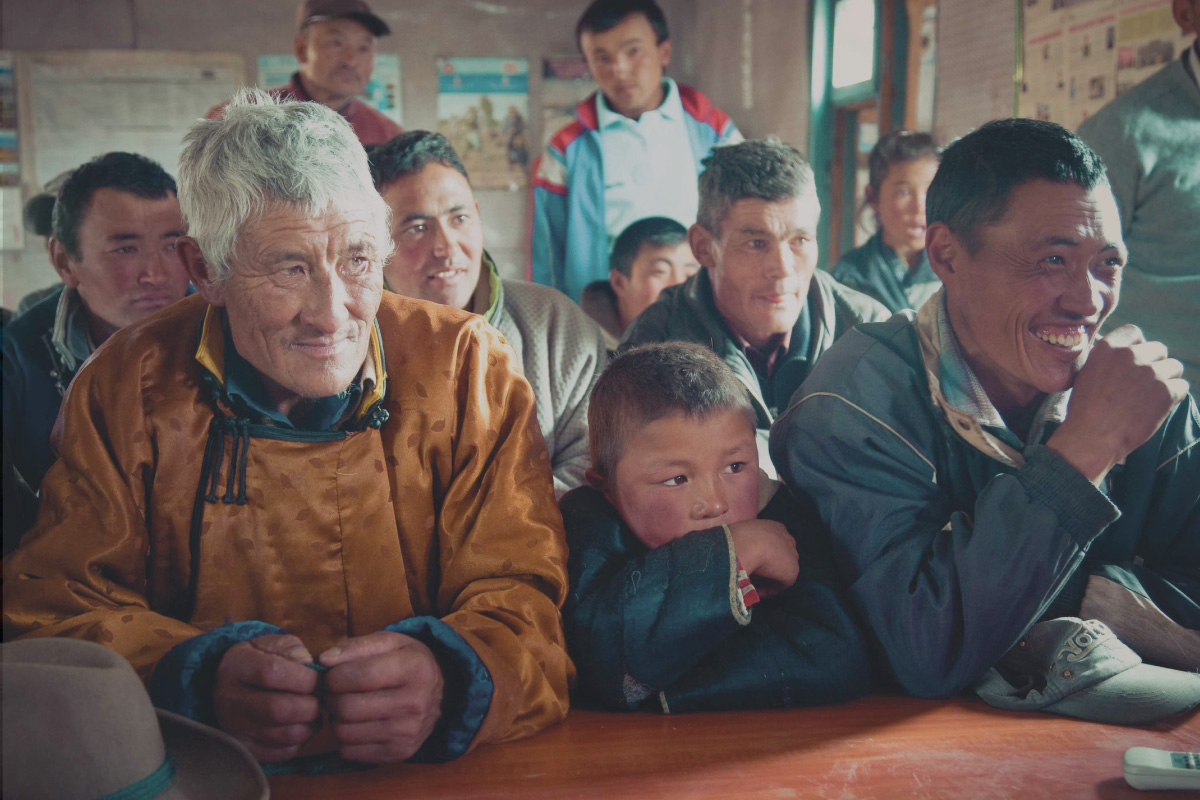 Have you ever known someone whom you thought was Christian but turned out not to be? I got to know a down-on-his-luck actor who also happened to be an atheist. Eventually he joined our church, began to read books about the gospel, and started praying with his family. Excited to hear about his conversion, I took him out to lunch. As we talked, I was shocked to discover he had been converted but not regenerated. Another faithful lady in our church who actively served, worshipped, and participated in community, asked to be baptized. When I asked why, she shared that she had just become a Christian. Our discernment of true conversion is often unclear.

It is important more than ever to cultivate clarity regarding conversion.

According to missiologist Andrew Walls, the word “conversion” has been used in two main ways throughout Christian history.* The first meaning of conversion denotes “an external act of religious change.” This act reflects a movement towards Christian faith, individually or collectively. This is first sort of conversion, movement toward Christianity, is what my actor friend had experienced, making considerable changes in his life. The other meaning of conversion refers to “critical internal religious change” within the Christian community. This meaning of conversion gets at what we might call “gospel change.” This is what the faithful lady experienced. Given shifting cultural sands, and increased theological illiteracy, it is important more than ever to cultivate clarity regarding conversion.

Not All Gospel Change is Identical

Missionaries of the 19th and 20th centuries exported their understanding and experience of Western “gospel change” to non-Western peoples. This often included a conversion that issued “in a holy life typically marked by a period of deep consciousness of personal sin followed by a sense of joyous liberation dawning with the realization of personal forgiveness through Christ.” In other words, missionaries expected Non-Western peoples to undergo a pattern of gospel change similar to their own. However, while the gospel certainly changed the peoples of Africa, India, and Asia, not all change produced by the gospel was identical.

Not all gospel change happens identically, especially across cultures.

Gospel change in some cultures is more gradual than instantaneous. The American Evangelical tradition of “deep consciousness of personal sin followed by a sense of joyous liberation” is not common to all cultures. Missionaries labored for years before they saw a single conversion, and even then, the conversions were sometimes very different than what they expected. Cultures that are more communal experience conversion differently that cultures that are highly individualistic. In many African and Asian cultures, conversions come in pairs or families instead of by single individuals. Not all gospel change happens identically, especially across cultures.

What these missionaries encountered “on the field” is beginning to occur in the U.S. Many church planters have a pre-Christian past that is very “Christian.” We inherited the evangelical, pietistic conversion experience of our forefathers. Like the conversions of our missionary forefathers, our personal conversion relied heavily upon a prevailing Christianized culture, common basic knowledge of God, sin, faith and Christ. But America has changed. We cannot assume our listeners possess the same knowledge and experience that we did, which is precisely why it is so crucial that we exercise pastoral wisdom through contextualization.

In regions such as the Pacific Northwest, New England and spiritually similar cities of the U.S, we are now encountering a post-Christian cultural climate. No longer can we assume a basic level of evangelical capital upon which the Spirit of God may act. Instead, we are engaging un-churched and resistant peoples who have forgotten, redefined, or never known the Gospel. As a result, the conditions of conversion have changed, as should our methods for sharing, telling, speaking, teaching, and preaching the Gospel. Our idioms, illustrations and language must change if we are going to reach the unreached, the unchurched, and the resistant peoples of America.

Like the former missionaries, we must reconfigure our understanding and expectation of how people undergo gospel change and how disciples are made. We must be more open to “process conversions” while also guiding that process toward full commitment to Jesus as Lord. Our goal should not be to replicate our personal conversion experience, but to preach the gospel effectively so that we can make disciples in the emerging post-Christian context. We must heed the failures of the past and call people, not to our experience of conversion, but to the experience of the Spirit’s converting, whatever that process may entail.

How should changed expectations regarding the conversion experience change our approach to preaching, evangelism and discipleship? Should we do away with preaching that calls for on the spot conversion? Should we cease asking people to “make a decision for Christ?” How might theological illiteracy change our pre-conversion discipleship, by that I mean should it change the way we interact with non-Christians leading up to conversion? There are no strict formulas to follow. That’s what often gets the church in a bind—borrowing best practices from secular culture, outdated confessional practice, or the latest pragmatic solution on how “to do church”–without responding directly to the cultural challenges in front of us. In light of this, let me offer a few suggestions on how our ministry practice should shift when the cultural soil is less conditioned by Christendom.

Tell the truth by dismantling lies. We must redefine popular assumptions about Christian beliefs in a way that makes sense to our hearers. Our neighbors and acquaintances will assume we hold beliefs that we may not hold (homophobic, anti-environmental, anti-immigration, etc.). We have to ask questions to surface these assumptions. Talking about the weather, sports, or work won’t likely get us there. We have to move beyond first level conversation by asking second and third level questions that move us deeper into their story and heart values.

I was visiting a new coffee shop and struck up a conversation with the barista. In the course of our conversation he mentioned his “late night,” something about his partner, and how he was glad he’d escaped a small town mentality to come to Austin. Then, the conversation turned to me, “So what do you do, man?” I was faced with a choice, tell him the truth, avoid the question, or tell him the truth by dismantling a lie. If I just told him I was a pastor and that he should check out our church, his assumption that I was anti-gay would continue. If I avoided the question, I would miss an opportunity to go deep right off the bat. Praying, I knew the Holy Spirit had appointed this moment. I chose to tell the truth by dismantling a lie. I responded by saying, “I’m a pastor, but you need to know that I don’t hate gays and that I’m not homophobic. I actually have good friends who are gay, and I think the church has approached the whole topic in the wrong way.” Instead of being immediately polarized by an assumed belief about me, I was able to dismantle the lie and had an opportunity to share the gospel with greater clarity. He warmed to the gospel as I explained it, commenting that it wasn’t “what he had heard.”

Ask questions before preaching. My actor friend’s story shows the value of asking questions to get to the second and third level with people, down to values and beliefs. This, of course, doesn’t have to be our first line of questioning and conversation, but eventually we’ll need to get there if we want to love people. These questions are important for pulpit preaching and for evangelism. If I don’t have the real, deeper conversations with people, my preaching will be informed by “mock scenarios” where I armchair application and cultural exegesis. Instead, I need to talk to real people to inform me about real issues they face.

Realizing the depth of self-deception regarding conversion in my actor friend, I realized that I needed to preach in a way that not only distinguished religion from gospel, but also that I needed to train our leaders to press into people’s lives with deeper questions to discern their true spiritual state. By asking questions, I realized how important it is for second and third level questions to characterize our discipleship. It is not enough for me to preach the difference between grace and law, I must train others to discern the difference in people’s hearts. This leads to more discerning discipleship that helps set people free from the bondage of sin and death.

Pastors must be careful not to project their experience of Christ upon others, both in conversion and discipleship.

Alter emotional expectations. Since process conversions account for roughly 70% of conversions, expecting a sudden explosion of joy foists a burden on people they are not meant to carry. Now, joyless Christianity is no Christianity at all. But joy looks different on different personalities. Pastors must be careful not to project their experience of Christ upon others, both in conversion and discipleship. C. S. Lewis described himself as “a reluctant convert” but went on to write extensively about the role of joy in Christian faith. By altering our emotional expectations, we can appreciate the diversity of people in the body of Christ, as well as adjust our approach to counseling and discipleship with various people. The Psalms show us a full range of emotions acceptable to God–depressed, ecstatic, anxious, hopeful, angry, and even indifferent. God is not intimidated by emotional state, nor does he condemn us for what we feel. Instead, he encounters us there, and calls us to move our faith from feelings about life to what’s true about God. When we alter our emotional expectations and enter people’s stories suspending judgment, we gain the opportunity to imitate Christ and bring them his hope, peace, and joy.

By telling the truth to dismantle lies, asking questions before preaching, and altering our emotional expectations, we allow others the situational and personal freedoms we actually want from others. These freedoms, in turn, allow us to develop greater discernment regarding conversion and discipleship in our cultural contexts.

Jonathan K. Dodson (M.Div, Th.M) is happy husband to Robie, and proud father to Owen, Ellie & Rosamund. He is the lead pastor of City Life Church and a leader in  PlantR and Gospel Centered Discipleship.com. Jonathan is also author of Gospel-Centered Discipleship, Raised? Finding Jesus by Doubting the Resurrection and The Unbelievable Gospel: Say Something Worth Believing(September, 2014). He enjoys listening to M. Ward, smoking his pipe, watching sci-fi, and following Jesus.

* Quotations taken from Andrew Walls, “Converts or Proselytes? The Crisis over Conversion in the Early Church,” IBMR, Vol. 28, No.1.