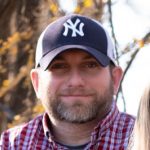 General @pt-br
Pampa, Texas is a town of around 17,000 people, but the population fluctuates more than many towns our size due the oil and gas industries playing such a large role in the economy. Usually, when people think of oil and gas economy cities, they picture Midland and Odessa where the field is booming and people are moving in like crazy and making a ton of money. Pampa’s oil history is old, so there is definitely some old money and some successful businesses that are still profitable and well supported by the oil and gas industries, but the glory of a booming oilfield past has left Pampa staggered and searching for a thriving future. Pampa has a growing Spanish-speaking minority and a shrinking number of jobs which require any post-high school training and education. This demographic change, and how quickly it has happened, has caused the people of Pampa to struggle because the city no longer looks like what it once did. However, the West Texas spirit that caused people to settle in a near desert with very little water in the first place, is alive and well and the people of Pampa are creatively working to reinvent a sustainable economy.

This website uses cookies to improve your experience while you navigate through the website. Out of these, the cookies that are categorized as necessary are stored on your browser as they are essential for the working of basic functionalities of the website. We also use third-party cookies that help us analyze and understand how you use this website. These cookies will be stored in your browser only with your consent. You also have the option to opt-out of these cookies. But opting out of some of these cookies may affect your browsing experience.
Necessário Sempre Ativado