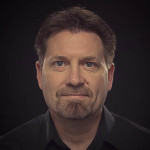 By Scott Thomas May 21, 2010
Acts 29 A diverse, global family of church-planting churches
Connect on social: