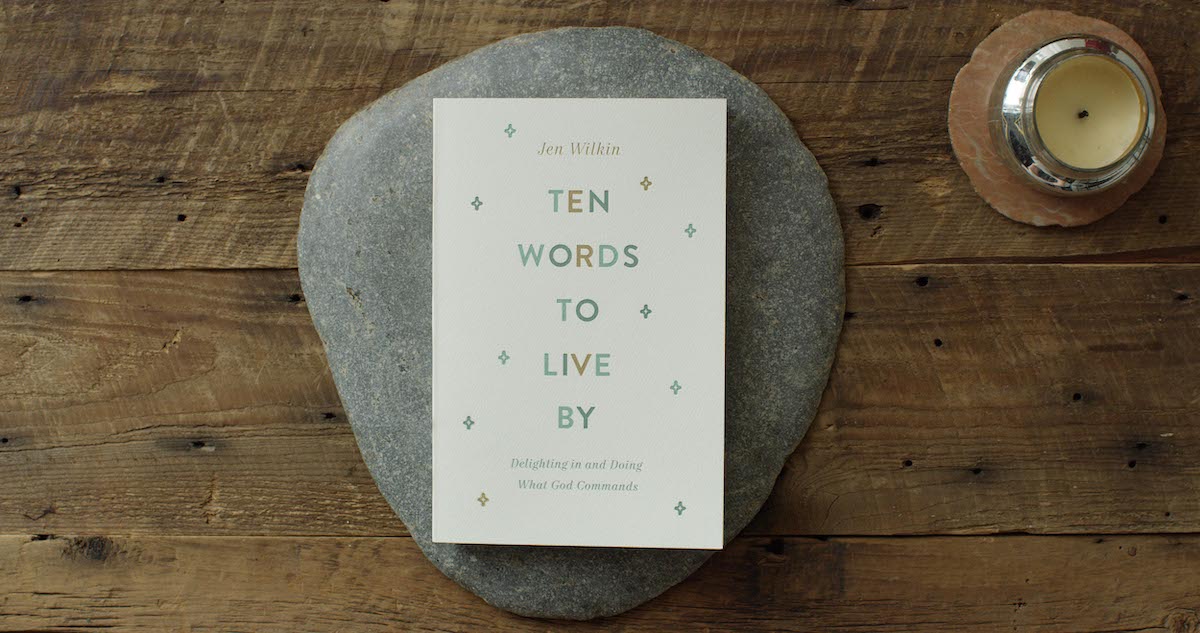 Editor’s Note: Content taken from Ten Words to Live By by Jen Wilkin, ©2021. Used by permission of Crossway, a publishing ministry of Good News Publishers.

Perhaps the most common form of misusing the name of the Lord in our time is the one I have saved for last: speaking disrespectfully of or to God by succumbing to informality.

One of my favorite movies is The American President, one of Aaron Sorkin’s early contributions to helping Americans imagine what the private life of a United States president must be like. In one scene, A. J. MacInerny, the White House chief of staff, is engaged in a private discussion with President Andrew Shepherd, a man who has been his lifelong friend. Repeatedly, A. J. prefaces his comments with the words “Mr. President.” At length, Shepherd admonishes him that in private he can call him by his given name: “You were the best man at my wedding, for crying out loud. Call me Andy.”

To which, A. J. responds, “Whatever you say, Mr. President.”

What strikes the viewer is how odd A. J.’s refusal seems at first. We live in a culture that is increasingly informal in its social practices. Clothing at work, church, and school has become more casual. Wedding invitations are less formal. Thank-you notes are now sent as emails or texts. The way we address each other has become more casual, as well. My husband doesn’t call his boss “Mr. Whitmire”—he calls him Gary. Children are rarely trained to address adults as “Mr.” or “Mrs.” unless the adult is a teacher or a coach. We are increasingly on a first-name basis with everyone. So, when A. J. refuses to speak to his close friend by his given name, we are thrown off. Surely his personal relationship overrides his duty to the title of respect?

A staggering 95 percent of the times he is mentioned (in the Epistles), he is referred to by a title of respect. But we tend to just call him Jesus. Does our frequent use of his given name indicate a lack of respect? It’s certainly worth asking ourselves.

But A. J. recognizes the sanctity of the office of president as something that supersedes his personal relationship with the man in that office. A. J. also understands that a diminished awareness of his friend’s position of authority would compromise his ability to serve the president as he should. He will not relinquish the title of respect. Or, you might say, he will not misuse the name of the president.

There is application here for the follower of Christ. It is common in Christian settings to speak of the Son of God by only his given name, Jesus:

“We’re all gathered here today to worship Jesus.”
“Jesus is all I need.”
“Jesus changed my heart.”

But interestingly, this pattern of speech is absent from the New Testament. The New Testament authors use “Jesus” to speak of the historical person, particularly when addressing unbelievers.

In Acts, the speeches of Stephen, Paul, and Peter are examples of this. The Gospel writers use the name Jesus by itself to tell the history of the incarnation. But those who interact with him in the Gospel narratives always refer to him as “teacher” or “Lord.” Only once in the Gospels does someone address him simply as “Jesus of Nazareth”—a group of demons, who in the same breath acknowledge his deity (Mark 1:24; Luke 4:34).

In all twenty-one of the Epistles, he is referred to only twenty-eight times simply as “Jesus,” but 484 times by the title “Lord” or “Christ.” A staggering 95 percent of the times he is mentioned, he is referred to by a title of respect.[1] But we tend to just call him Jesus. Does our frequent use of his given name indicate a lack of respect? It’s certainly worth asking ourselves.

Don’t miss this: a “formal” title of address is such because it is, in some sense, formative. By addressing others with a formal title, our conception of who they are is being formed a certain way. We think differently about someone we call “Mr. President” than we do about someone we simply call “Andy.” A second-grade teacher who tells her students to “just call me Susan” may find that a desire to be familiar instead of formal results in a lack of respect for her authority. Employing the formal title reinforces awareness of the respect due to its owner.

If formal language is formative, each time we utter a formal title for the Father, the Son, or the Spirit, we practice a small liturgy that is good for our souls.

The New Testament writers take care to grant our Lord and Savior the reverence he is due. We should pay attention to this for the health of our souls. We enjoy friendship and intimacy with Christ, but we do not share equality with him. He is not our peer. Recognizing that he sits even now at the right hand of God the Father means speaking of him and to him with respect, after the pattern of the Scriptures.

Christ himself understood this when he taught us to address our prayers to the holy and kingly name of our Father in heaven. With each repetition, we reinforce our awareness of the supremacy of God and the privilege of relationship with him. Those are things I don’t want to forget, and I’m prone to forgetfulness. If formal language is formative, each time we utter a formal title for the Father, the Son, or the Spirit, we practice a small liturgy that is good for our souls. And we keep the third word. We represent a transcendent God accurately when we revere his name.

[1] This is my own research. I once spent an entire afternoon counting these usages and tracking them in a spreadsheet. Yes, I probably need a hobby. My counts may be off by one or two, but they’re close. 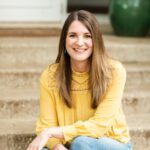 Jen Wilkin is an author and Bible teacher from Dallas, Texas. She has organized and led studies for women in home, church, and parachurch contexts. An advocate for Bible literacy, her passion is to see others become articulate and committed followers of Christ, with a clear understanding of why they believe what they believe, grounded in the Word of God. You can find her at JenWilkin.net.