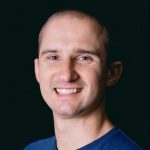 It is a well-known fact that Jesus, as a Jewish male, had very clear guidelines of places.  He knew where he should go (and not go) and who the people were who He should engage (and not engage) with.  These guidelines were called “maps of places”, arranged from more holy to less holy, and “maps of people”, arranged from more significant and favoured by God to less significant and favoured by God.

Related Posts
What If? One Mokgatle What about bi–vocational ministry? John Koning Discipleship Confidence Mokgatle
US Office: