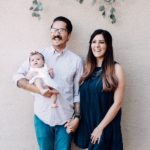 The Inland Empire area of California is exploding. Not literally of course, but when it comes to people, according to the Public Policy Institute of California, over half a million people are projected to be moving into our area within the next ten years. According to the United States Census Bureau (2015), the San Bernardino-Riverside-Ontario metro area (all neighboring cities within the Inland Empire) is considered fourth in terms of population in the Western US, right behind major cities such as Los Angeles, San Francisco, and Phoenix. But, only three Acts 29 churches exist around us.

Now as a church plant in the city of Rancho Cucamonga (that falls within the larger region we call the Inland Empire), we don’t arrogantly believe that only these three Acts 29 churches are preaching the gospel. But having called Rancho home my entire life, I have learned a lot about her culture, especially having a finger on the religious pulse over the past ten years. I would say that the primary “religion” of the area is built around these core values: indifference, moralism, consumerism, affluence, and program. Lots of (protestant) churches exist, but not many disciples. Kids and sports are a major cultural idol, along with success and education. All of this translates into a few primary reasons people are interested in religion or church: it will make my kids moral and/or keep them busy/entertain them, it will make me feel better about myself, and it will give me one more social club to associate with people who are just like me and help stabilize or possibly even grow my status in the community.

Overgeneralization? Perhaps. This isn’t everyone of course. We are grateful for the solid disciples and churches who do preach the gospel in our area. But to accurately paint the contextual picture, I want to be both fair and honest. I have a friend who pastored a church in a neighboring city in the Inland Empire, who moved a few years ago to plant a church in downtown Manhattan, New York. According to him, it’s easier doing gospel ministry there than it was here.

Planting the gospel in the suburbs like Rancho, which is increasingly becoming a highly metropolitan area, is difficult, but nothing beyond the reach of the gospel. To quote Cyril Connolly, “slums may well be breeding grounds of crime, but middle-class (and, my addition, upper-middle class) are incubators of apathy and delirium.” Yep.

After a transformative experience with grace at the 2009 Gospel Coalition Conference in Chicago, the Lord gave me a great desire to come back home and simply share the gospel with all my friends, who for the most part, like me, had grown up in church world. I felt a burden to share the gospel with my friends who had all been trained to share it. From those discussions at the local Starbucks, the Spirit of God thanks to the Son of God began to build the foundation for what would become the church He formally planted five years later, which we call Mere Church.

Jesus has given me great opportunity to be trained and equipped as a pastor and planter from my prior pastor Pete Morehead (New Hope Community Church, an Acts 29 church), to the Acts 29 Pastor’s School in Wenatchee, Washington last year (apple capital of the world!), and membership in a variety of networks such as the local Gospel Coalition chapter (LA), Pacific Church Network, and as of this January, official Acts 29 membership. If it were not for the friendships and brothers within these networks, I would be lost. And thanks be to God, we were also able to bring on another elder, Scot, about a year and a half ago to help serve and equip the saints for gospel ministry.

By God’s grace, we have seen people get saved. Non-churched and been-in-church-my-whole-life people! One of my favorite stories has involved an older couple in our church who moved from Portland, OR, who became a part of our family fairly quickly. Bob has Lyme Disease. He’s suffered from it for a long time now, but God has used it to glorify Himself in so many ways, and in particular it has led Bob to start our first group for sufferers and those dealing with difficult issues. In fact, his group has more attendance oftentimes than some of our Gospel Communities, and he is reaching both the churched and the un-churched with the gospel through their suffering, which was the goal from the very beginning.

I could also talk about Drew, a young guy who wasn’t a believer and through a friendship started to come around, along with his thousands of questions and doubts and philosophies. Over time, God radically saved him, gave him an incredible hunger for the Word, we baptized him, and he has both brought people to our community who are meeting Jesus, as well as ministering to students at the college he attends with boldness and zeal for the gospel.

We want to see hundreds and thousands of these stories. And for that to be a reality, we are in need for prayer. First, pray for wisdom as we organize and create leadership systems and structures so that we can faithfully serve and shepherd and equip all the people God continues to add to our number. Thankfully we have lots of solid and willing people to join us in the front-lines of ministry, it’s just figuring out the most simple and helpful ways to connect, involve, train, and develop them for the good of the church and the lost of the city that requires much prayer.

Continue to pray for our community presence and missional engagement. We aim to know our neighbors and the prayer would be that those aren’t just words from a mission statement, but a conviction deep in our hearts. In a city where homes are isolation chambers and people are protected by headphones, laptops, and books in local coffee shops which are ways of saying “keep out,” we want to be better at engaging with people who have little interest in being engaged with.

Lastly, pray for me. It may sound selfish, but I’m not beyond prayer. I’ve see lots of people blow up their lives, marriages, families, and ministries simply because of their sin. I am no different, at least in what I am capable of doing because of my sinful heart. So please pray that I would never lose sight of Jesus and his grace, that I would follow Him well. In so doing, I want to love and lead my first church, Natalie, my best friend and beautiful wife, and Scarlett, our precious firstborn, with integrity and joy. If I can do that well, I know I can lead and love Mere Church well, and together we will all by God’s grace make it our mission to know Jesus, to know our neighbors, and to ultimately help our neighbors know Jesus too.

Each year, Acts 29 US West has the joy of funding a number of church plants. Mere Church is one of 17 church plants we’re funding in 2017. You can read about more of these church plants on our blog!

Brett planted Mere Church with a desire to help plant the Gospel deep in the residents of their highly religious city after realizing that a majority of his Christian friends could not articulate the Gospel. Brett and his wife Natalie have been married three years and have one daughter, Scarlett. In addition to preaching, he loves reading, perusing the children’s books section at Barnes and Noble, getting tattoos, seeing Broadway shows, and substitute teaching for kindergarteners.