Main Menu
Close
Where We Work
Close
← Back
Pizza, Pitbulls and the Power of God 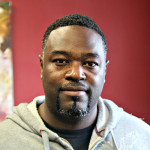 Doug Logan (@pastordeelowg) serves as Lead Pastor of Epiphany Camden. Doug and his wife Angel have been married since 1996 and have been blessed with three sons, Bernie, Aharon, and Avery. He is ordained in the Presbyterian Church in America (PCA). Doug served at both 10th Presbyterian and Epiphany Fellowship in a 2-year Church Plant Residency program before planting EFC.

This website uses cookies to improve your experience while you navigate through the website. Out of these, the cookies that are categorized as necessary are stored on your browser as they are essential for the working of basic functionalities of the website. We also use third-party cookies that help us analyze and understand how you use this website. These cookies will be stored in your browser only with your consent. You also have the option to opt-out of these cookies. But opting out of some of these cookies may affect your browsing experience.
Notwendig Immer aktiviert