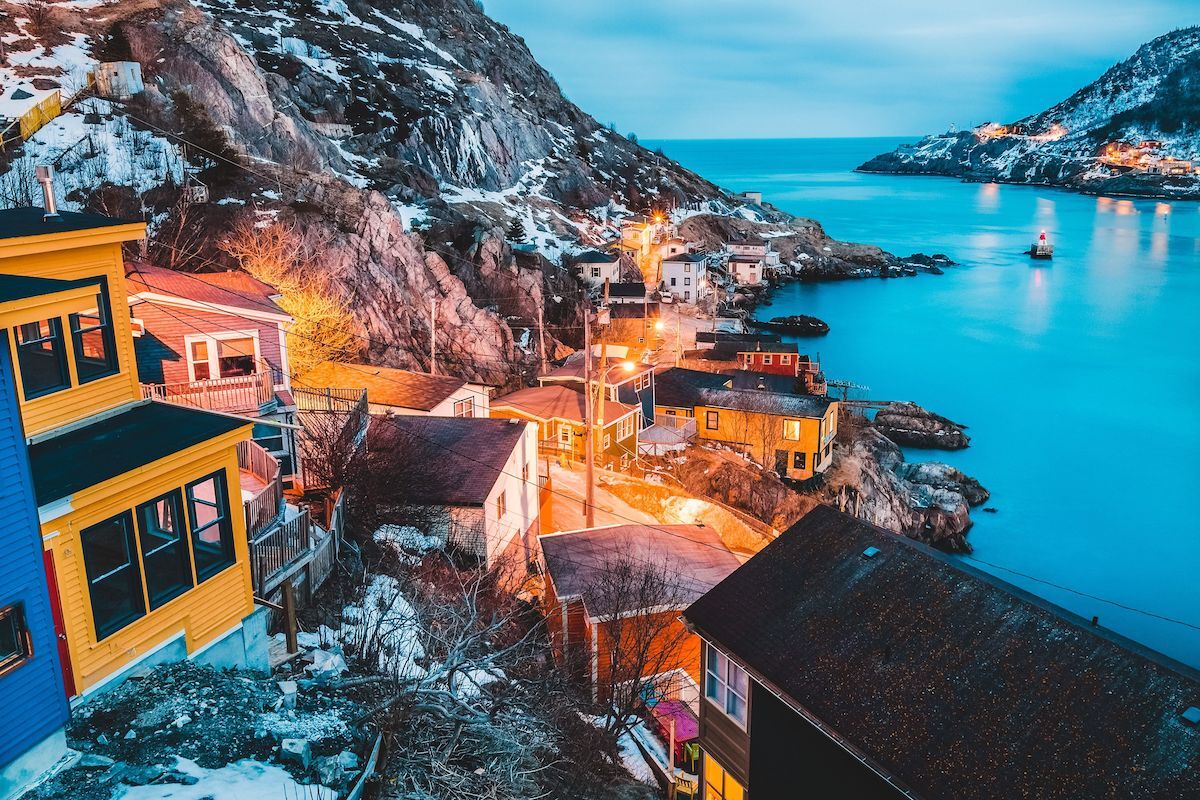 Perched on the edge of the vast Atlantic Ocean, the city of St. John’s, Newfoundland, is over 500 years old. The province of Newfoundland and Labrador overflows with natural beauty—pure air, sparkling water—and abundant resources. Acts 29 pastor Steve Bray calls it a province of whales, icebergs, and fishing. “When John Cabot discovered Newfoundland in 1497,” he said, “the cod was so plentiful it shimmered on the sea.”

Today, the oil and gas industry is bringing new prosperity to the province—but the economic growth has done nothing to offer lasting hope to the 525,000 souls in this massive and remote land.

If Anchorage and Las Vegas Had A Baby

The island of Newfoundland is geographically separated from the rest of the country, and with the oil boom, people can make a lot of money quickly. There’s isolation, big-paying jobs, and idleness—a dangerous combination.

Steve Bray pastors Calvary Baptist Church in St. John’s. He describes his city by asking people to “imagine if Anchorage and Las Vegas had a child.”

“We spend more money per capita than anybody in Canada a year on alcohol,” he said, “and we have the highest rate of sexually transmitted diseases.” One of the largest Roman Catholic sex scandals happened in Newfoundland.

In this troubled, lonely society there’s almost no evangelical witness.

In Canada, there’s a commendable missionary focus on First Nations—indigenous peoples who have no access to the gospel or who have been hurt by the misguided missionary efforts of previous generations. This gospel work gets good publicity, as it should.

But Steve Bray says that the western-heritage people of Newfoundland are the forgotten unreached. “Nobody even knows that there’s this city of a quarter of a million people, and not even 2,000 evangelical Christians.”

The city of St. John’s makes up almost half of the entire population of the hulking 156,453 square-mile area of Newfoundland and Labrador. And less than one percent of the total population of St. John’s attends any type of evangelical church, with the five denominations being Roman Catholic, Pentecostal, Salvation Army, Anglican, and United (a watered-down combination of Methodism, Congregationalism, and Presbyterianism).

Until about the 1970s, Baptist churches were considered cults. As reformed, complementarian Baptists, Steve calls Calvary Baptist Church “an absolute enigma” in the culture.

This is stony ground, and the cultural context makes evangelism difficult. Newfoundlanders are hospitable and welcoming, but also skeptical. Almost every evangelical church-planting effort led by outsiders has failed.

By God’s grace, Calvary Baptist aim to do something about all this. They believe the answer is planting lots of healthy local churches. Through links with Acts 29’s Church in Hard Places pastors, Steve Bray connected with Mez McConnell and 20schemes, a church-planting initiative among Scotland’s urban poor. He visited Scotland, observed striking similarities in culture, and brought back a new vision for evangelism.

Instead of seeking to grow the congregation of Calvary Baptist numerically, Calvary Baptist wants to see many local neighborhood churches planted all around St. John’s and beyond. This is the heartbeat of Mile One Mission. Steve asked his elders, “What would be better for St John’s: one church of 1,000, or ten churches of 100 who are networked together, but spread around the city?”

They aim to be distinct congregations in their different neighborhoods—involved in their communities, supporting local businesses, and knowing and loving their people as they extend the saving gospel of Jesus.

The vision isn’t limited to St. John’s. Mile One Mission aims to plant ten churches strategically in neighborhoods across St. John’s and then across the island. Recent developments even include two locations in Labrador, far to the north. “If St. John’s is a church in a hard place,” Steve said, “that’s a church in no place.”

Steve hopes that the ministry training available through Mile One Mission—church planter residencies and internships—will be a catalyst for mission in Newfoundland, as well as a resource for those just starting in ministry.

Mile One Mission, 20schemes, and Acts 29 are working alongside one another as partners in church planting. There are even talks about Mile One Mission becoming an incubator through which Newfoundland can send people out to Ireland.

Waves of cultural change that hit other parts of the world don’t often get to Newfoundland, being an island. But if a cultural trend does make it there, it can become something powerfully compelling.

“Please pray,” Steve said, “for gospel communities of light to grow throughout this land, with believers who are ‘all in’ spreading Jesus’s message of hope.”