Having grown up as a self-described “agnostic theist” who hadn’t encountered an intelligent or loving expression of the Christian faith until the second half of college, I became vigorously opposed to the Christian faith. I couldn’t stand the hypocrisy (totally blind to my own, of course) and anti-intellectualism I saw played out in school, on TV and in the lives of the very few Christians I knew. It wasn’t until the things I relied on for my personal worth were yanked out from under me that I started feeling the need for things like grace, mercy, forgiveness, and purpose. Now it is my singular passion in life to help others see how the Gospel of Christ is both intellectually credible and existentially satisfying.

We moved to Westminster, CO in 2011 where I served for 3 years as an assistant pastor. After being invited into a Church Planting Residency with The Well in Boulder, CO in 2014, we moved to Lafayette, CO to begin laying the foundations of a new Gospel community called The Table.

Lafayette is located in Boulder County, right outside of the city of Boulder. I always tell people it is a place with urban values, suburban rhythms, rural aspirations for community, and first world problems. Culturally, Lafayette is “undefined.” The region is growing so quickly and the social landscape changing so frequently that we barely blink to discover a new facet of this city. Historically, it is the most diverse city in Boulder County, made up of young families and old hippies, immigrants and Colorado “natives,” new-age gurus and grad students, CEOs and electricians. But one of the few things that has held true since we moved here is this: Lafayette longs for spiritual depth and true community. That is our deepest longing too. We know that can only be found in Jesus, and His Church is the means by which He satisfies that thirst.

There are 110k people within a 10-minute drive of where we meet for worship and only 10 Bible-believing churches. To my knowledge, only 2 or 3 of those churches could be considered both “gospel-centered” and “missional.” Add in that this region is well on its way to experiencing 15-20% growth in population over the next 4 years, and you have an unbelievable need for more churches.

People here are incredibly educated and vocationally successful, but often are trying to fill a God-sized hole in their hearts with the outdoor playground that is the Front Range of Colorado. They aren’t opposed to Christianity because it’s too big of a theory for the universe (secularism), but rather because it’s too small of a theory of the universe (hyper-spirituality). We pass more literal cults than churches on the way to Boulder, and most of our non-Christian friends would consider themselves as either ‘spiritual-but-not-religious’ or ‘buddhist,’ though it’s not actual Buddhism, but more of a Western/individualist adaptation of Buddhist meditation.

Our area is also incredibly expensive, and extremely homogeneous both ethnically and economically. Both of these factors make mission very difficult to cultivate because people are so often circumstantially comfortable. In other words, the need for spiritual truth and deep community is rarely, if ever, on the surface, and it takes time to drill down deep into people’s hearts.

In spite of all of this, and perhaps because of it, The Table is thriving. We just celebrated our first anniversary, and are growing incredibly fast, from 20 families one year ago to an average Sunday attendance of about 150 people now. We’ve seen 2 people come to faith (an atheist and a Mormon national guard soldier), and have 6 families in our church where one spouse is Christian and the other is not, but still feels comfortable and considers us “their church” too.

Chris, the (former) self-described “philosophical atheist” mentioned above heard me preach at The Well during my time in residency there. He was hungry for meaningful engagement with spirituality and amazingly open to the Gospel. When I asked him why he wasn’t a Christian, he said, “I’ve known Christians all my life. In high school, I even prayed and asked God for faith to believe in Him, but… nothing. I just don’t believe. I’m intrigued by Christianity, but Christians don’t seem to understand their faith enough to answer the kinds of questions I want to ask.” That all changed one week before The Table’s official launch. Hannah and I were hosting our launch team in our home to celebrate the Lord’s work in our community, and upcoming launch service. Chris stopped in, and upon pulling me into my office, told me he needed someone to pray with him and just dove right into praying out loud himself. His very personal and vulnerable prayer led me to tears, and ended in him asking the Lord to save him, a “terrible, lost sinner.” Our launch team party quickly turned into a celebration of Chris’ new life in Christ! He’s now an integral part of our community.

We would welcome your prayer for The Table as you think of us. We REALLY need a worship director. Our original teammate stepped down for family/job reasons and we’ve been on the search for almost 6 months now. Also, we just went through a major re-visioning process to incorporate lessons learned from our first year and capitalize the insane growth we’ve had toward more intentional and explicit mission. We’re also having our first membership class this fall, and we hope that these two things will be significant catalysts for growth in both breadth and depth.

Each year, Acts 29 US West has the joy of funding a number of church plants. The Table Church is one of 17 church plants we’re funding in 2017. You can read about more of these church plants on our blog! 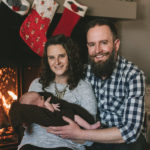 Brad planted The Table Church, and Acts 29 church in Lafayette, CO, because believes church planting is the most effective way to reach people with the Gospel. Brad and his wife Hannah have one son, and enjoy skiing, being in the mountains, board games, the Saint Louis Cardinals, and their dog Scout. They seek to live out as much as possible the motto that “a crowded house is a happy home.”