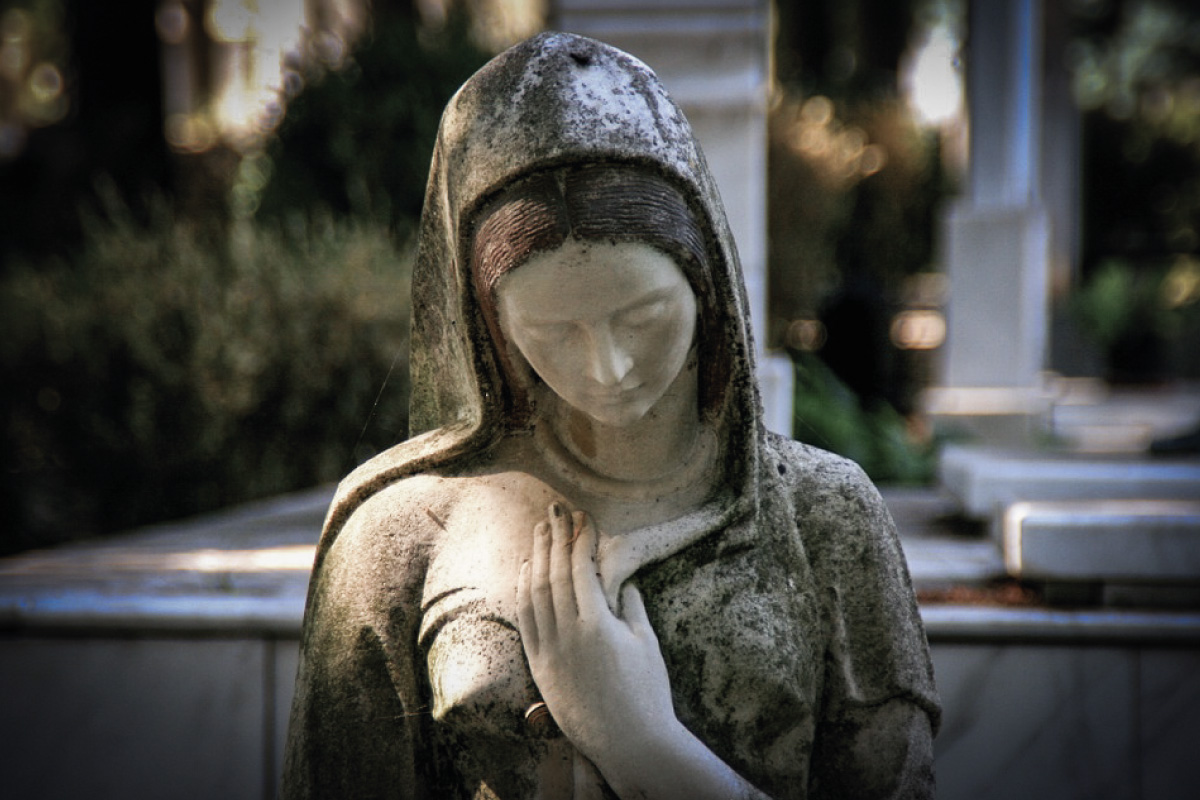 Guatemala once formed the core of the Mayan civilization and was then conquered by the Spanish, under the direction and support of the Catholic King and Queen of Spain, in the 16th century, becoming part of the viceroyalty of New Spain. Then, in 1821, Guatemala attained independence as part of the Federal Republic of Central America, which dissolved in 1841. Later, in the mid-1900s, the country experienced chronic instability and civil strife. Ruled by dictators who many believe were being supported by the US, Guatemala experienced lots of inner conflicts and a bloody civil war that, in the context of the Church, led to a union of the Church and the state for political reasons.

Historically, Guatemala was predominantly a Roman Catholic country. After the Cuban revolution, the Vatican became increasingly aware of the number of protestant missionaries traveling to Latin America. That led several Catholic missionaries to travel to Latin America to increase the number of priests in our countries.  Protestants first began to arrive in Guatemala in the late 1800s as a result of the President´s desire to challenge the power of the Roman Catholic Church, and that of the politicians who were also in power. He invited Presbyterian, Methodist and Baptist missionaries, but it was not until Pentecostal missionaries from the Bible-Belt in the US began sending missionaries that Guatemala saw an influx in Protestant converts.  This was because some of their practices and beliefs were so aligned to our Mayan tradition and practices, especially the mystic-background of spiritual warfare, miracles, prayer and offerings.

All this to say that now, when we are planting churches in Guatemala, we see three main challenges in the midst of our “Christian” culture:

Guatemala is a country full of contrasts and false hope

Because of the war and the power that the state-church gained throughout our past, Guatemala is a country of strongly marked contrasts, especially in the economic spectrum. Within a radius of 2 miles you can see one of the biggest, fanciest, most-expensive malls/condos in all of Central America and, right next to it, lots of old, small shacks where people are living with no water, energy or even a decent job. This image is repeated throughout the country. You will see exceedingly great and luxurious houses (where most of the politicians and prosperity gospel leaders live) alongside lots of shacks. Medium- and high-level condos are surrounded by poor neighborhoods that do not have the basic resources of housing.

The gospel trashes idols created by our own sin, and brings to light God’s heart about poverty and wealth

This is a great need, and for a great need we need the true gospel, not a false one. Because of our context and history, the prosperity gospel that started to plague our country four decades ago is well-received all over the country. People really want someone (the church and/or the government) to take them out of poverty to live the lives the leaders are living. This is a very common denominator in our country. Spiritual and government leaders are most often the ones that exemplify how “successful” people should live their lives. All this is based on how our society was formed and functioned for years. The whole idea of a structure based on such concepts as nobility, peasants, slaves and feudal lords is immersed in the way our society functions.

The gospel trashes idols created by our own sin, and brings to light God’s heart about poverty and wealth through a biblical understanding of poverty, wealth, the fall, and the hope and the good news of Christ.  Our people have made idols out of the church leaders and politicians because they represent what “success and wealth” is. This is mostly because of the gross amount of corruption and manipulation they engage in. Because of our history, they have been the ones “telling and training” people what to do in order to succeed and be rich. This has led to numerous cases of manipulation and spiritual abuse.

When we preach the gospel of the cross, all these idols and ideas are destroyed in the hearts of people who begin to understand what the gospel really means, even after 20 years of “being a Christian.” Doctrines like the imago dei, sola scriptura and the real meaning of biblical community start to flourish in the midst of the Church and we start to see a congregation of sons and daughters of the risen King who have been adopted into his Family, because he loves them and has given them everything they need in Christ.

Guatemala is (not) the most Christian country in the region

Years ago we went out with a couple of friends and started to ask people who they think Jesus is. Probably only 1% said they didn’t believe in Jesus. The rest said he was a great teacher, person, example to follow, a good guy and some said he was the Savior of the world. This shows that we have a lot of information but no transformation.

We are a religious country, not a Christian country.

When we started to preach Colossians, people were shocked about how the Colossians’ historical context was so much like ours. They were also shocked because this “new strategy” of preaching verse by verse was very interesting (yes, most of the people had never been exposed to expository preaching). When we talk about real spiritual transformation and how God transforms us through the understanding of his word and the work of the gospel, things start to change and we again see the flourishing of the gospel within our communities. The Church starts to understand that it is not a “Christian president” that is going to save us (again, a very bad theological heritage) and lead us into change, but the same Spirit that raised Jesus from the dead and his work within us through his word.

Ten years ago I traveled to a town called Chichicastenango, which is north of Guatemala City. Some of my friends took me to visit a Catholic church there.  The experience was really weird for me. It was a mix of Mayan rituals and Roman Catholic homily. I didn’t know back then, but now I know that this is what religion looks like and how it is perceived by most of the people in most of the country. We have a mix of cultures and religions in every corner. I talked to one of my school friends once and he told me he was a born again Christian. Then, when I asked about his church, he told me he was a member of “Pare de Sufrir” (Stop Suffering), which is the local name that serves to recognize the Universal Church of the Kingdom of God movement that started in Brazil. This “church” is classified as a “Christian church” but it’s a mix of neo-pentecostal, prosperity, and Mayan-Hindu doctrines and customs that focus on achieving miracles, healings and wonders, through a series of strange and unbiblical rituals.

Again, the reason why prosperity gospel and unbiblical neo-pentecostalism are so well accepted in our context is because they go according to our Mayan heritage: mystical teachings and practices whose ultimate goal is our wealth, health and happiness on this earth, because that is the supposed will of God for us and the reason Christ came to this world. This means that, most of the time, we are seen as the weird Christian guys who don’t really understand the gospel. This also means that most of our friends and families are sensitive to the fact that we do not agree with what they think is the gospel.

Guatemala needs churches that are centered on the gospel message.

As I finish this blog, tears run down my face because it is very sad to recognize what Matthew 9:35-38 describes regarding the need, the great need, to plant healthy churches. Guatemala needs churches that are centered on the gospel message, churches preaching Christ and him crucified, churches that understand what is of most importance for the congregation, churches that shape a healthy and biblical leadership, churches that are generous with all of what God has given them to bring God’s mission to all places and meet the needs of their brothers who are in need, churches that permeate the culture and expose idols to crush them, and then exalt Christ and live for his glory. 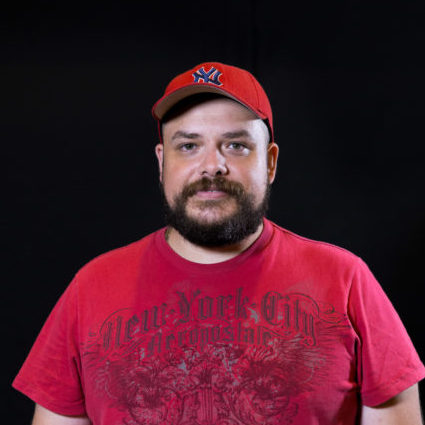 Oscar is happily married to Regina and they have a little boy named Alex. Oscar is a pastor of Iglesia Reforma in the city of Mixco, in Guatemala. 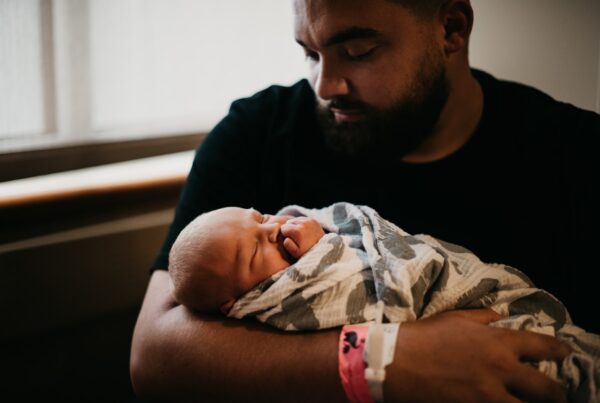 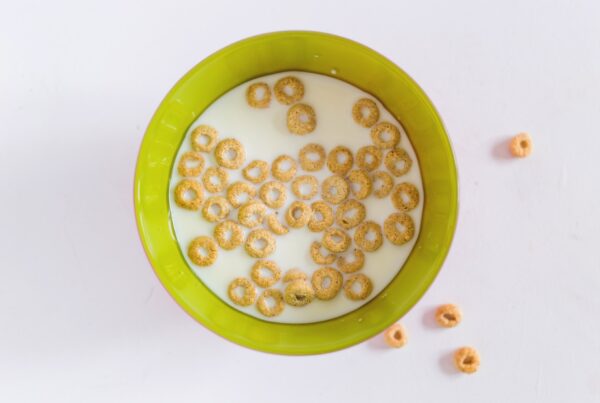