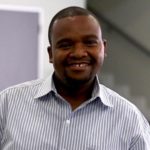 By Tumi Moraba May 14, 2019
Acts 29 - A diverse, global family of church-planting churches
Connect on social:

True North Church (formerly known as Midrand Bible Church) was planted by BBC as a hybrid church plant – in other words, a cross between a site and an autonomous church. We wanted the protection and support of a site, but the freedom to alter some BBC DNA in order to be culturally appropriate to the Midrand area.

We went to Midrand with the hope of bringing change, but a church plant has a way of shaping you as well.

We went to Midrand with the hope of bringing change, but a church plant has a way of shaping you as well. Our hope was that we would be a church that grew in community, that was multi-ethnic, multicultural, and epitomized by love (that is a family of love – ones who love God and are loved by Him, and ones who love one another).

To that end we have seen God move in our community, grow us (at times contentiously), in number, but also in depth in relationship with Him and with one another. We have seen Him bring in the people of Midrand. We have had tough seasons and great seasons, and through it all, we have been witnesses to the faithfulness of God.

As we continued with ministry in Midrand, we realised that MBC was growing into its own as a congregation for Midrand. During 2018, it seemed good to the Holy Spirit and to the leadership of MBC and BBC, that MBC should be released as an independent church plant, to allow it to be more incarnational in Midrand with regard to the specific missional needs of the area. Thus, at the end of 2018, MBC was relaunched as True North Church.

Having been in this community for three years, we believe we would be best positioned to serve the city by being a church that is:

We have had tough seasons and great seasons, and through it all, we have been witnesses to the faithfulness of God.

It’s been two months into the relaunch journey and we are finding our feet, step by step. We are thankful for all God has done and continues to do in our community – for the growth we have seen in numbers and depth and for God’s provision and power as He enables us to do this work.

Our prayer request list is long, but to be specific, we need prayer in some of the following areas:

Tumi lives in Jo’burg with his wife, Lalie and their two children Ariella and Asher. In his past life, he worked as an administrator in an open source software company, but has been involved in full time ministry since 2006. He joined BBC in 2015, as a church planter and is currently the Lead Pastor of True North Church.