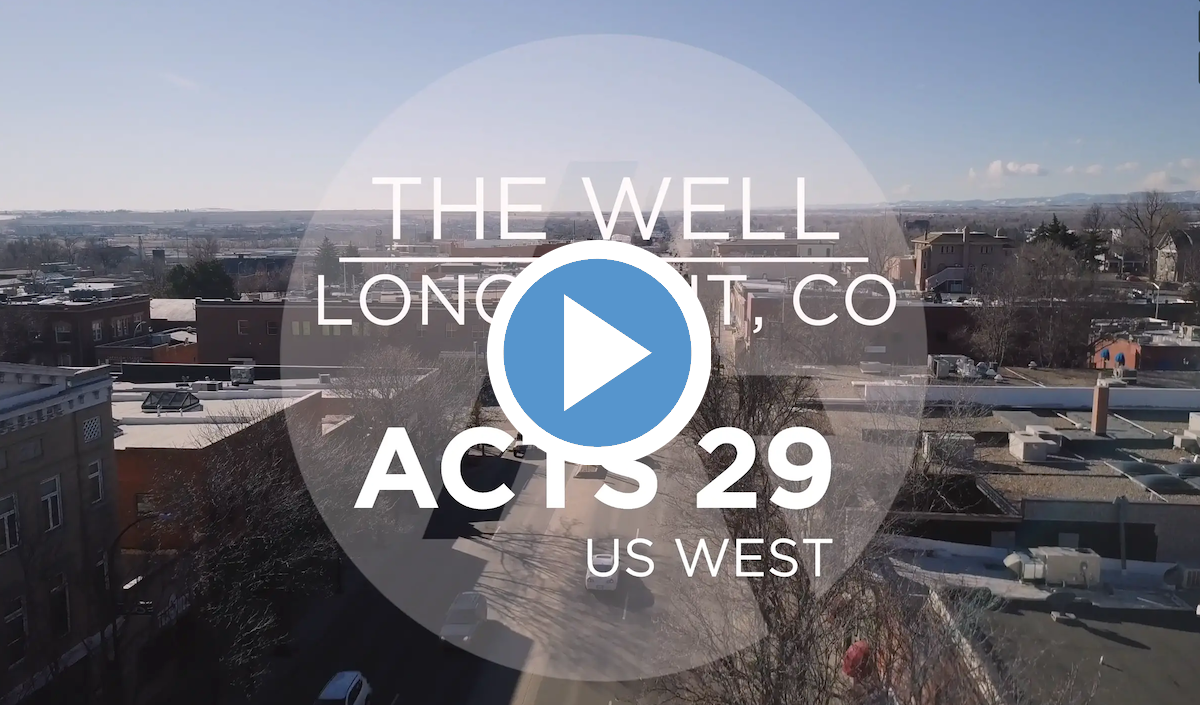 Philip Woods was a school teacher before feeling the Lord calling him into full time ministry. Though he didn’t see himself as a lead pastor or church planter, God used others in his life to slowly open him to the possibility that God may have uniquely gifted him for church planting. After discerning God was leading their family to plant an Acts 29 church in Northern Colorado, Philip began working with the leadership at The Well Boulder (another Acts 29 US West church), and later planted The Well Longmont. We love that of the 11 churches we are funding in 2019, NINE of them have planted directly out of an existing Acts 29 church, just like this one!

When asked about receiving funding from Acts 29 US West, Philip said, “The timing was incredible. We were at a place where I didn’t know what we were going to do, and then getting a phone call from Acts 29 US West a few weeks later and finding out that we got accepted for the grant was such a blessing. It was reassuring that when I feel like I don’t know what we’re going to do to survive, God is working behind the scenes to move and act and provide for his church.”

We love getting to be a part of this as a network.

Watch the video below to learn more about The Well Longmont.