Before they left to start their freshman year in college, my daughter’s friends came over to say goodbye. These friends from elementary school reminisced about childhood memories—sleepovers, birthday parties, and Christmas celebrations in our home. And it hit me that God used my kids’ friends as a catalyst for planting All Peoples Community Church (APCC) at their elementary school in Fairfax, Virginia.

Our church’s name communicates who we strive to be—a church for all peoples, united in Christ, for the flourishing of our community, our city, and the nations.

Here are three reasons why we planted a multiethnic church.

My daughter’s circle of friends included African, African-American, Iraqi-American, Indian-American, and Korean-American kids, along with a bunch of “halfs”: half Jordanian and half Algerian, half Korean and half Caucasian, half Egyptian and half Caucasian. These girls represented the diverse makeup of their school, our community in the Washington, DC metro area, and our home. My kids and their friends are privileged to live in such a diverse context, where they’re not seen as strange or thought of as foreigners.Diversity is increasing, even in remote communities, and these diverse populations need multicultural, gospel-preaching churches. Click To Tweet

According to one report, “In 2019, for the first time, more than half of the nation’s population under age 16 identified as a racial or ethnic minority.” You may be thinking, “But not in Fargo, North Dakota!” But a Pew Research Center report found that Asians are flooding into the Dakotas. From 2010 – 2019 there was a 241 percent increase of Asian residents in North Dakota and a 202 percent increase in South Dakota. Pho, Dim Sum, and Korean Barbeque joints will be popping up in Fargo, Bismarck, and Pierre. Diversity is increasing, even in remote communities, and these diverse populations need multicultural, gospel-preaching churches.

Being strangers is familiar to our family. This family identity is what called us to plant a multiethnic church. I was born in Japan, speaking “Jinglish” in our home. My wife, Christine, was born in the US to German immigrants and spoke German. Our children, Charis, Alana, and Derek, are cross-cultural kids. They’re “elect exiles” (1 Pet. 1:1) who do not fully identify as citizens of the US or any country except the kingdom of heaven. During the Olympics and the World Cup, we have multiple allegiances based on our affinity. We may choose our allegiances, but God chose our ethnicity. Our unique calling is shaped by our ethnicity, language, and affinity.

Paul and Barnabas were not only sent out by the church in Antioch to the Gentiles, but they also identified with the ethnically diverse church in Antioch as cultural chameleons (Acts 13:1). When the planter and their church reflect the community, they have a jump-start in reaching it. I met a man from South Carolina who was planting a church in Boston. I’m from North Carolina and noticed that he didn’t have a southern accent like me. He said he used a speech coach to remove his accent. That’s being “all things to all people, that by all means (he) might save some” for Christ (1 Cor. 9:19–23).The mojo to a multiethnic church isn’t being a Third Culture Kid but being willing to humbly and joyfully learn. We must know the culture to speak the gospel into it. Click To Tweet

Jesus commissioned us to “go and make disciples of all nations” (Matt. 28:19). He fulfilled the Abrahamic covenant, being blessed by God so all the families of the earth would be blessed (Gen. 12:3). It’s not enough to look at our context and unique calling. God wants us to be locked in on the scope of his Great Commission command. God wants all peoples—every nation, tribe, and language—to worship and honor him, declaring, “Salvation belongs to our God who sits on the throne, and to the Lamb!” (Rev. 7:9–10).

The mojo to a multiethnic church isn’t being a Third Culture Kid but being willing to humbly and joyfully learn. We must know the culture to speak the gospel into it. A multicultural church’s secret sauce is to enrich the call to make disciples beyond only raising the church’s biblical and theological IQ. We want to increase the church’s cultural IQ.

We love eating food at our church gatherings. And we love using meals as a guide to celebrating cultural values, manners, and customs as image bearers of the magnificent Maker as well as addressing cultural idols and unhealthy idiosyncrasies. We want to grow in our ability to speak the gospel fluently to all peoples, from all places. This requires raising one’s cultural IQ.

It’s our context, calling, and God’s Great Commission command that led us to plant a multicultural church. We need brothers and sisters called to plant churches in Jerusalem and Judea, in Samaria, and to the ends of the earth. We also need mature disciples who seek to know others by embracing their culture and customs so they can introduce them to the God who saves. 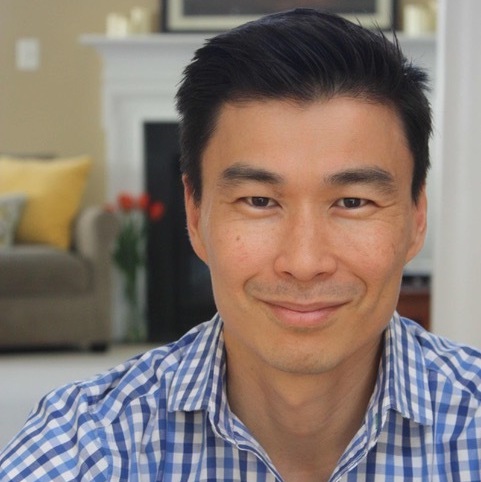 Kenji moved from Osaka, Japan, at the age of 6 and grew up in North Carolina. Since receiving his master’s in theology from Dallas Theological Seminary, Kenji has pastored for over 16 years and planted All Peoples Community Church in 2016. Kenji serves on the board for Mustard Seed Network that exists to plant churches in urban Japan. He’s married to Christine, his college sweetheart, and they have three children. They’re a multicultural family, as Christine’s parents are German immigrants. Kenji is a sports junkie, a lover of God-glorifying food, and has the metabolism of a hummingbird.