Main Menu
Close
Where We Work
Close
← Back
Lessons In Church Planting: A Word to Church Planters on Naming Your Church 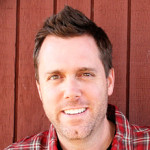